80 bad days means only 285 more to go. That's how I would think if I were an optimist, but I'm not, so I'm thinking "80 Days! Seriously? We're only at 80?!!" Each day feels like an eternity, so I'm not sure how I'll survive to 365. I keep hoping that some miracle will happen and I won't have to. I had a small health scare a couple of months ago. It was nothing, but in the back of my mind I was secretly hoping it was cancer so that Husband would come home. That's right. Cancer is more appealing than this whole Afghanistan thing.

Tonight I'm missing China. Not the crowds, not the poison milk that make me sick, not the regular food poisoning or the broken ankles. What I really miss are the foot massages. For $15, you can have someone massage your shoulders and then your feet for an hour. It's sooooo relaxing. When I went back to China in June, I was only there for two weeks, but I got 5 foot massages. I miss them. There is nobody in America who will massage my feet for an hour. So because it's been a really long week and I'm tired and achy and can't get a foot massage, I decided to sit in bed and watch TV, but the really expensive TV that Husband bought for our anniversary 5 years ago is on its last legs, I think and instead of showing a picture, it is green. That's right. The green screen of death. It's a lovely color of green, rather like Kermit, but there is no picture and I can't see anything! So in addition to buying a car, I am now going to have to look for a TV which will may just cost more than the car I bought. Which tells you how cheap the car was, not that Child 1 is complaining because hey, it's a car and it runs and it has a radio, so what's not to like? 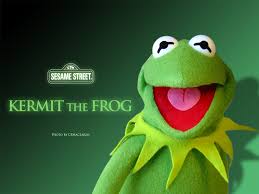 I know, you are thinking, who get's a TV for an anniversary present? A man, that's who, and a man who picked out his own present. I got a diamond anniversary band and he got a big screen TV, and guess which cost more? But to be fair, it was a buy one get one free deal so actually it was two TVs and I was happy to give them to him, or actually just to say hes he could buy them. Because you see, Husband, when I met him only watched PBS. Yep, he was that guy. His parents never had cable, and he didn't watch much TV growing up except PBS so he would come over to my apartment and we would curl up and watch nature programs and it. was. so. incredibly. boring! But I loved him, so I watched them. But after being married to me for years, he is now a TV convert and he misses it so much that he was thrilled to find out that he could access Hulu + in Afghanistan and it has changed his life. So you're welcome, Babe. What would your life be like without The Daily Show? And you owe it all to me!

Rob and Bobbi came through with another funny story. Apparently Rob's job requires him to troll the papers and he found this story about people jogging in Rock Creek Park who are having a worse day than me. Apparently, the owls in Rock Creek Park are on a rampage and are attacking joggers who are innocently running through the park and then suddenly an owl dive bombs them. Nobody knows why. So now, I am grateful that I don't jog anymore after breaking both of my ankles in China so that no owls will ever dive bomb me and I am going to stay very far away from that park.