I believe I may have offended the country of Fiji and for that, I am sorry. I am not sorry, for what I said, however, because I was right. I was not making a dig at the lovely Miss Fiji. She is quite beautiful. Here is a picture of her. What makes me sad for her is that here is this beautiful woman representing her country, and instead of putting her in something flattering, her pageant director turned her into an owl. And not a very feminine owl either. It is possible to be beautiful and have a costume that resembles a bird. See below.

Or since it's a beauty pageant, try the following. It would certainly get Donald Trump's vote. 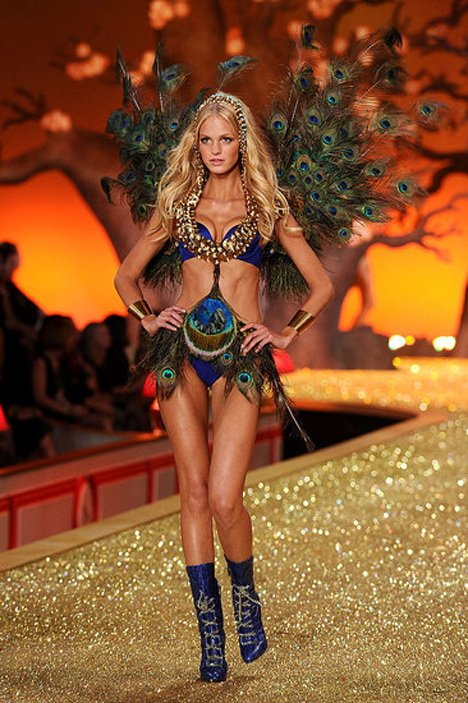 No, they made that lovely woman into this:

It's a beauty pageant and you can't even see her face! And forget trying to see her figure. They sent her out in a costume that didn't showcase her in a good way and that is why I said she was having a worse day than me.

So to the people of Fiji, you have a lovely beauty queen. Next time tell the pageant director to showcase her better. I hope you will forgive me and not put me on your visa banned list because I would really like to go to Fiji someday and not be met by a crowd of angry owl-costume lovers.

OK. Enough of the non-apologies. I'm going to go indulge myself by watching an episode of What Not to Wear, which is one of our favorite shows. It's torture for Husband, but we're taking over the TV and making him watch it with us. While we all touch him and do girly things like squeal and say "that's so cute!" It will be rough, but it's a good antidote to all that testosterone he's been exposed to in Afghanistan. Also, we love it when he rolls his eyes and groans.

Today, my friend "Genevieve" is having a worse day than me. Not only is she getting ready to move to Armpit, Asia. (You know. That place that when you tell other people in the Foreign Service that you've been assigned there , they say "why on earth did you bid there?") But her husband had to leave early and he is already there while she is stuck in the U.S. with four children. I know, you are saying, Armpit, Asia isn't Afghanistan, but it gets worse. Genevieve is pregnant with baby number 5. And her oldest is only 9. And she has gestational diabetes. So not only is she pregnant, tired, and stuck in an apartment with four children, she can't even eat chocolate or ice cream to make herself feel better. So thank you, Genevieve, for reminding me that even though I can never have another piece of chocolate for the rest of my life, I can at least have mango ice cream. Hang in there, Gen. And let me know when I can bring you dinner.
Posted by Jen at 9:15 PM