We are watching the Superbowl. Yes, it's a house full of women, but this is our yearly ritual so we're watching. Apparently, we are routing for the 49ers because apparently the Ravens are evil and their fans are not allowed in our house. At least according to Child 3. The rest of us do not care because the Cowboys (whom we love and will always love even if/when they stink) are not playing and neither are the Redskins who are the very embodiment of evil and people who like the Ravens at least do not like the Redskins, so they are OK in my book. But frankly, the real reason to watch the Superbowl is the nachos and potato skins. 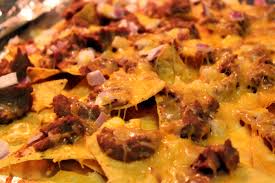 Child 1 is now texting people because she is bored because the trailer for the new Star Trek movie has already aired. Child 2 is napping in between commercials which are the only reason she consents to watch, and Child 3 is yelling because the Ravens are winning and she doesn't want to go back to school to face the Ravens fans if they win because "they are really obnoxious." She just told the 49ers to kick it up a notch.

This morning, when I was looking for something to wear to church, I went into the "closet of things that might fit me someday." Yes, I know I said before that it was just a drawer, but I actually have an entire rack in one of the closets that is full of things I can't get rid of because I like them too much and the secret optimist in me always believed someday I would lose the weight. And I actually have. Everything in the closet fits. Seriously. I was almost late for church because I was so excited to be able to zip things up. Well, everything except my wedding dress which I don't need to wear again anyway. The only thing left that I haven't tried on is my London Olympics T-shirt that you will remember I bought in London and was way too small because the British apparently have their own sizing rules and they are not the same as America's and are rather mean because when I found out what size I really was in England, I almost had a heart attack it was so large. See, Americans are much nicer. But I'm almost ready to try on the T-shirt. Almost. Maybe in a few weeks after I'm down a few more pounds. It's an odd feeling, because I'm not used to success in weight-loss and also I haven't given up potato chips or sour cream. In fact, I have eaten way more chips than I have in years since I gave up wheat and I still lost weight. Imagine what I could do if I gave up the chips which I might do when Husband comes home. But right now since chips are one of the only indulgences I have left, I'm not sure I have enough willpower.

Any child who receives this toy for a present is having a worse day than me. OK, there are a lot of bad presents in this slideshow, but the absolute worst is this. 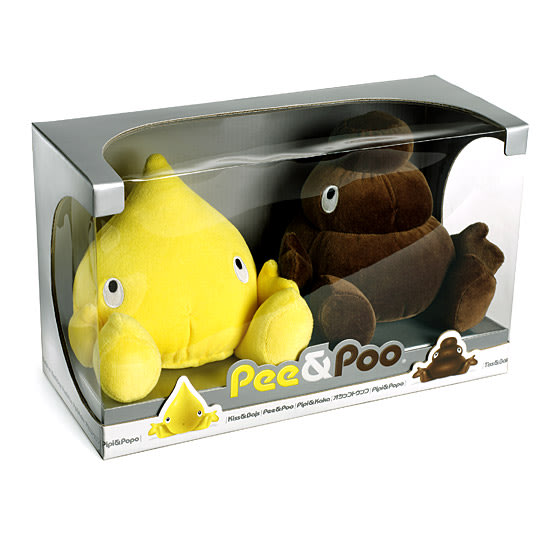 The Swedish company says they are meant to help with potty training. I have to say, that teaching a child to love and hug a piece of poop is a very, very bad idea. The same goes for pee. Seriously, who thought this was a good idea and how on earth is it supposed to get your child to use a toilet because now they are traumatized by flushing because their best friend is literally going down the drain. So thank you, Swedish toy makers, for reminding me to be grateful that my children are way beyond the potty training stage. It was my least favorite parenting chore and I am glad no one ever inflicted these dolls on me because that would have made it way, way harder.