I've been reading over some of my past posts and I realize that you might think I am atrocious at spelling and know nothing about grammar and never proofread. Only one of those things are true. I stink at spelling and always have which I attribute to having learned too many foreign languages so that I can never remember whether address has one D or two and can't remember which language puts an extra E on the end. I do know a lot of grammar having been an ESL teacher for years; I just choose to ignore bits of it like the part about run-on sentences and I can't be bothered with fancy punctuation. And I do proofread. It's just you try being funny and clever every single night when you are dog tired and your husband is in Afghanistan and you see how many errors you catch. But come on! If you want to read something beautifully written and free of errors, you should be reading Shakespeare. I can recommend Richard III. It is quite good, especially the part where the dead rise up to curse him.

I threw out my back doing something I don't remember. Did I mention that I have a bad back? I ruined it years ago sleeping on the floor in Norway. Long story about why I didn't have a bed. It's been OK for years, but today it decided it had enough of the whole supporting me while Husband is in Afghanistan and it just quit. I can hardly move and even typing hurts, so there won't be much proof reading tonight. As a consolation, I introduced the children to another of my favorite movie series which is James Bond. Skyfall, to be exact because I hadn't seen it yet. 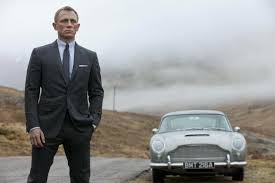 I think they might be converted. We'll have to go back and watch the Daniel Craig ones in order, and then go back in time to Pierce Brosnan and then skip back to Sean Connery. I used to love him the best until my friend "Geoff" told me he met him in the Bahamas and Mr. Connery is a real jerk. I know that Pierce Brosnan isn't everyone's favorite Bond, but he is mine (apart from Daniel Craig.) I've liked him since he was Remington Steele.

This man trying to propose to his girlfriend in Mexico is having a worse day than me. He tried to orchestrate an elaborate proposal on the beach on a pier at sunset, and the whole thing went badly when the owner's yacht blocked the view and the restaurant was late setting up. It all deteriorated and eventually involved police with guns and his dropping the ring in the ocean. He sent scuba diving to get the ring later and it all turned out OK, but it's a perfect example of why proposals should not need advance teams. So thank you, Mr. Romantic, for reminding me that simple is best. Now I'm taking some ibuprofen and going to bed and hoping my arms still work tomorrow.