I am cranky. I don't feel well, I'm tired, and I yelled at Child 3 for having hives. OK, that's not exactly what happened. What happened is that she ate a sloppy-joe at school last Friday and not only has she had a stomach ache for three days, but she also has itchy hives on her face which completely says "food allergy" to me. But the thing that made me frustrated and turned me into Yelling Mom is that I woke her up early on Friday so she could make her lunch which consisted of putting tupperware that I had already filled with food she could eat in her lunchbox. But she forgot so she just ate a school lunch and she's felt poorly since Friday. And then, tonight, she acted as if it were my fault that she was itchy and I should somehow fix this and make it go away and that's when I yelled at her to stop whining. I know. I'm an awful parent. 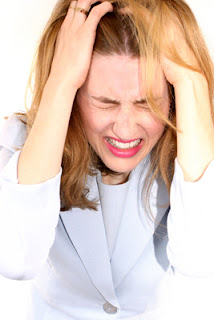 I feel terrible, and not just because I obviously ate something wheat today without knowing, probably from the Department cafeteria breakfast food that I ate because I was running late and forgot to grab my breakfast bar. I mostly feel terrible because I can't fix the hives if Child 3 won't listen and I can't protect her from everything wheat and I'm so sad that she can't ever have oreo cookies or cupcakes for someone's birthday party or a pizza party at school and obviously the reason she can't is because she inherited this awful curse from me. And I'm really sad that we discovered it so early in her life so that will be all she ever knows. But mostly, I'm sad that Husband is not here to help me make her lunch so that this doesn't happen again.

And I am tired. Sick and tired. Both literally and figuratively. I feel like I've been hit by a truck and I need a vacation. I know, you are thinking that I just had a vacation a month ago and that is true. But you try single parenting with a husband in a war zone with bombs going off all the time and facebook messages that say there was another attack but they are all OK (there was one yesterday. Seriously, Husband, I have to stop finding out about these things on facebook!) Oh, and two of your children are teenagers and one is allergic to wheat and so are you and also to chocolate and you can never, ever eat a brownie again for the rest of your life! Go ahead. Try it without getting tired. I dare you! Husband comes home in 13 days for his next R&R and it isn't soon enough.

At least I know for certain that this Lieutenant Colonel in the Air Force is having a worse day than me, and he deserves every minute of it. 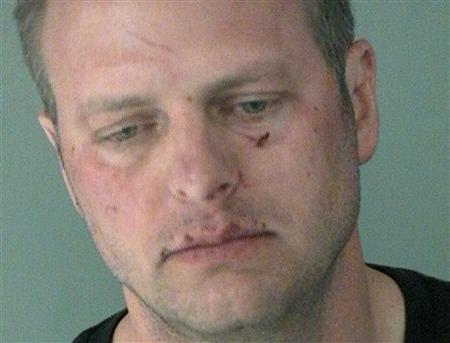 He did not get those scratches and bruises because his plane crashed, or the Taliban tried to blow up the building he was in or he had a sky-diving accident. No, he got those scratches because the woman that he assaulted in a parking lot fought back and called the police who promptly arrested him. He looks sad in that mug shot because he knows he is going to lose his job which was being the head of the sexual assault prevention unit for the entire Air Force. I know! Ironic, isn't it, that the best thing he can do to help prevent sexual assault is to remove himself from the streets! So thank you, Lt. Col. Jerkface, for showing the world what a hypocrite you are and for making me grateful to the woman who exposed you. I hope she is OK and that she is proud of the way she stood up to you.