Bad Day 360--World domination! For a minute or so.

I took my cast off today. The podiatrist said to leave it on as long as possible until I just couldn't stand it any more and tonight I couldn't take it one more second. So I cut it off. (It was a soft cast, remember?) And I discovered that I had a huge rash around my ankle so no wonder it was so uncomfortable. It's still red and raised and looks a little like poison ivy, so I imagine I am allergic to something in cast. Great. But the good news is that although my foot is tender and hurts when I move it certain ways it is a little painful, but it doesn't make me gasp and fall over. So it must be getting better. I am seeing my friend the podiatrist tomorrow, so he'll take a look at it and then I'll know whether or not I have to keep wearing the ugly shoe. I hope not.

We had a fun day today. I went to Ford's Theater for the first time ever. It was exactly like I had imagined it, which makes me think that I probably saw some picture of it in a history book or movie or something. Still, it was fascinating and sad all at the same time. It made me wonder what the world would have been like if Lincoln had lived. I still didn't get to see his hat, but his clothes were there and his shoes. He was very tall. 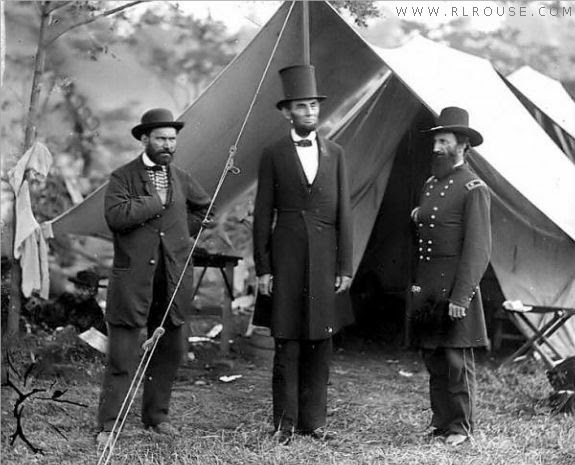 We also went to the National Archives and saw the Declaration of Independence and the Constitution. The Archives are the coldest building in all of America, I have decided, but today, I was grateful for that because it was extremely hot outside so it was wonderful to be inside in the frigid air.

Then this evening, we sat around and analyzed our Meyers-Briggs scores. For those of you who are unfamiliar with Meyers-Briggs, it is a personality test that types you into four categories. The Department sets great store by these tests and makes all new officers take them. Apparently, once you know your type, you can tell better how you work with others. I'm not sure how much I believe in the tests, but I took it like any good soldier. Now, you might think that talking about whether or not you are introverted or extroverted would not be fun, but then you probably don't know that someone has taken each of the personality types and decided how they would survive a Zombie Apocalypse. Child 3 has jedi mind powers and survives by convincing the zombies she is not the human they are looking for. I, on the other had, raise and train an army and the take over the world and then defeat the zombies in that order. Sounds great, right? But also everyone hates me because apparently I am a pompous windbag with really bad hair. I have the same personality type as Bill Gates (OK, I can live with that), Katherine Hepburn (yes! definitely), Golda Meir (good,) and then Donald Trump, Newt Gingrich, Karl Rove, and Rush Limbaugh. I think I'm going to cry, and also re-take the test. It has been many years now and maybe I'm remembering it wrong. I hope so because Child 3 is like Oprah Winfrey and Nelson Mandela and I am Darth Vader, Stalin, and Hitler. But at least I survive the Zombie Apocalypse! But honestly, my hair is way better than this and would still be even if the zombies were out to get me.

The owners of this fried chicken restaurant in Thailand are having a worse day than me.

Yes, the name of that restaurant is Hitler Chicken. But apparently the logo is a little too close to KFC's, so they are suing. But honestly, I'm not sure it's worth a law suit because when it comes down to it, Hitler is not known for his cooking and I can't imagine that he would have ever made anything you could eat without being afraid it would kill you. So thank you, Dumb Restaurant Owners, for reminding me not to name our restaurant in Guam after one of the most evil dictators in the world who was responsible for the deaths of millions of innocent people and ruined his country for more than half a century. So, not Stalin's Lobsterpot, or General Mao's Noodles. I think we'll name it Mom's Fake Retirement because why do I have to start a new job when I retire? Child 3 needs to rethink this plan a little bit.
Posted by Jen at 12:20 AM