I feel awful, but I spent the day making the kids happy and now I'm exhausted and sick and just want to stay in bed forever. But that will last until it's time to get up for church tomorrow where I will go with the kids and teach Sunday School and pretend that I am doing better so that the well-meaning people will leave me alone.

The morning started at 7:30 because I had to get up and drive far away to a seminar on how to be a coach for Odyssey of the Mind which apparently is where you spend hours pretending to be Socrates and watching a bunch of 5th graders fight with each-other and not build cars. All while wearing different colored hats. I know. It totally makes no sense! This is the kind of thing that Husband would love to do if he were here, but he is not here, and apparently no single other parent in the entire 5th grade is willing to coach Child 3's team so her teacher just decided to assign me to do it and made me go to this seminar. I'm so confused about it all, but luckily my friend "PJ" is an OM expert so I'm going to call her and get her to explain what the heck the hats are about and why do they need to paint scenery if they are supposed to be building cars. I blame the British. It has to be their fault somehow. Or the DMV's. 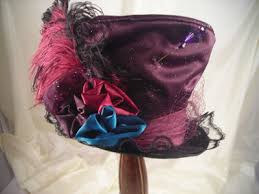 So then I went to the place that was supposed to test my blood for celiac disease and they told me they were open until 4 but surprise! They closed at 2 and we got there at 1:55 and they wouldn't see me. And they were nasty about it and acted like it was all my fault when I had called to confirm how late they were open. Anyone who thinks America has the best health care system in America has never had to have their blood drawn at Lab Corps. They stink. So now, my options are wait for three weeks until I have another free Saturday, or take more time off from work. Seriously hate that place. I think they are taking lessons from the DMV.

So then, after I stopped crying, we decided some shopping therapy was in order, so we all went to the mall where every single person in all of Washington DC was--not the national mall, our local shopping mall. It was so crowded! China crowded. Black Friday crowded. And it's only the first Saturday in November! We couldn't figure it out, but it took 20 minutes to find a parking space and there were lines of cars circling like vultures. All in all, it was a successful trip. We managed to buy a few Christmas presents for Husband, a couple of belts, and a dress for Child 2 which is a miracle in and of itself, first that she actually wanted a dress, and second that we found a really pretty one that flatters her and is "Christmasy" which was part of the requirement. It even got the Child 1 fashion seal of approval.

But I obviously over-did it because now I am completely spent and I am in bed and don't want to get up to finish the laundry which always needs finishing because laundry is never, ever finished and I think I'll just think about it tomorrow. Or at least I'll ignore it for the next 15 minutes until the cycle finishes.

This man in Texas is having a worse day than me. 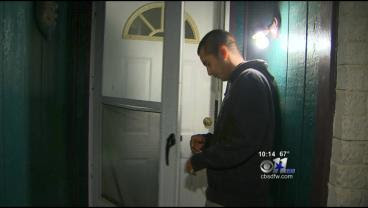 He didn't want to fulfill his civic responsibility and report for jury duty, so he gave excuse after excuse. He claimed he was a felon. He said he cared for an invalid, and when those excuses didn't work, he just didn't show up. The bailiff issued a warrant for his arrest and the judge held him in contempt of court and put him in jail for 5 days. All because it was inconvenient. So thank you, Mr. Jury Dodger, for reminding me that if I ever get called for jury duty, I will gladly take a few days off from work to serve. Some things are just too important to skip.