Bad Day 137--The virtue of being early

So apparently everyone sleeps in on the Saturday after Black Friday because we had the mall almost to ourselves. Even Forever 21 was empty and there was no line! Although several of the stores told us that it hasn't been that busy this year and that last year was way worse. So who knows why, but we managed to get a lot of shopping done in 2 1/2 hours and I made a nice dent in the Christmas lists. But I have to go back next week by myself because it is really hard to buy things for people when they are standing right there next to you and it would be nice to get Child 1 at least one thing that she doesn't already know about. But I'm done shopping today because now I feel like this. 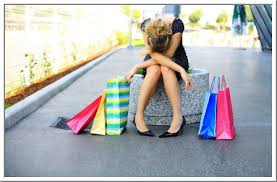 Now we're watching "A Muppet Christmas Carol" which I have to say is my favorite of the many versions out there because it has great lines like, "even the vegetables don't like him." And also, Gonzo makes a great Charles Dickens. It makes me wonder every time if Dickens himself ever dreamed of being shot from a cannon. And I love Michael Caine. I've loved him ever since I saw him admit to David Letterman that he made Jaws 4 because he needed a new roof.

This woman is having a worse day than me because she is wearing a bunch of snakes around her neck. 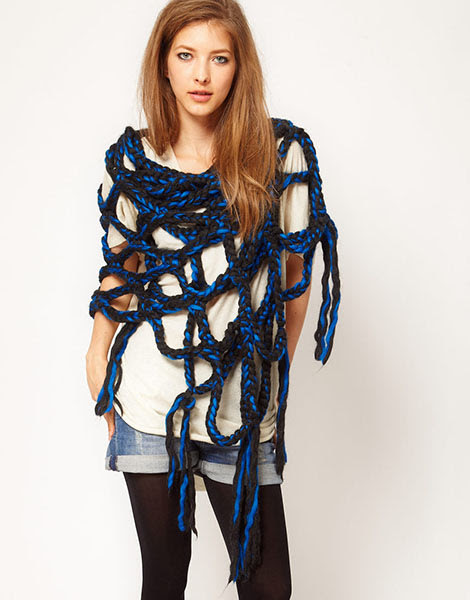 I think it's supposed to be a scarf or a shawl but it looks like something I might have made when I was 7 in Brownies because I was very, very bad at crafts. I mean, why would you wear this on purpose, and why on earth would you pay over $300 for it because that's what this bunch of yarn braids costs. So thank you, scarf designer, for making me feel much better about my knitting skills. And my fashion sense. And my Scottish black watch tartan cashmere scarf which I love and is so much prettier than that mess.