I think it's actually day 346, but I made a mistake last week and I'm too tired to go fix everything. Plus, Husband still has 3 1/2 weeks, which means that it will be more than 20 days before he's home, so what does it matter if I'm a day off. If anyone objects, please do let me know and I'll fix it just as soon as I finish my brownie.

It's summer and I've lost weight which is bad, bad news. I know you think that I might be happy about being almost two sizes smaller than I was previously, and I am, except that it means that I need a new bathing suit. And unless you look like Heidi Klum, then you know how horrible shopping for a bathing suit is. Sometimes, I think that a burkini wouldn't be a bad idea, but then I looked them up on Google and they look like this.

Although, I also found this woman below, and I so love her. I need to be friends with her. If anyone knows her, will you ask her to friend me on facebook? 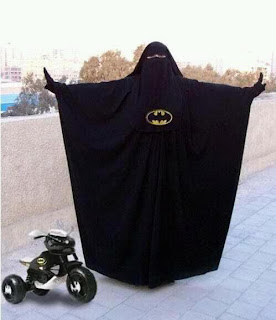 But back to the burkini. They are awful. And while I was searching for them, I found something that made me even sadder, because they are made and marketed to women in the U.S.

It's called "modest swimwear" and it's beyond modest and just so awful that women would want to wear 19th century style suits on the beach. I understand not wanting to be exposed, but this "swim wear" would make you a spectacle and not in a good way. Isn't the idea of modesty to not draw attention to yourself? This suit would fail in every way, not to mention looking terrible when it's wet and sticking to you.

Anyway, I ordered a suit online--the regular tank kind--and a pair of board shorts and a rash guard for good measure. The rash guard is not because I'm afraid of being seen in a suit but because I have red hair and very fair skin and I burn after about 5 minutes. So anything that keeps the sun off my shoulders is a good thing. The look I'm going for is "surfer" not "turn of the century but without the hat." Honestly, if you like the 1800s look, just go for the real thing. 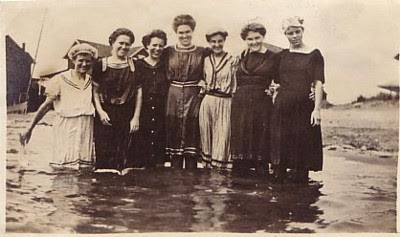 Now that is a swim dress! But I'm thinking it might be drowning hazard. Still, don't they look lovely and happy?

Paula Deen is having a worse day than me. She has been fired from her cooking show on the Food Network for using racist comments. 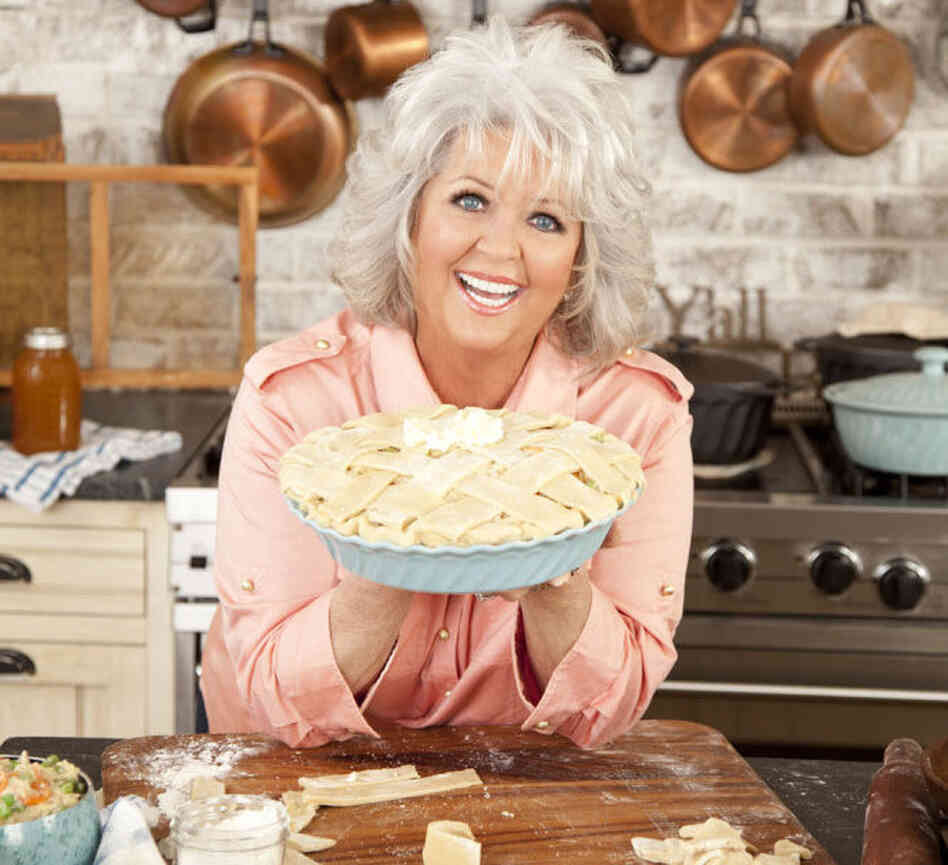 I'm sad because we all liked her and thought she seemed nice, but apparently this was a pattern with her and I think the Food Network did the right thing, not that they asked me, but I am a regular viewer and I approve. So thank you, Mrs. Deen, for reminding me to be grateful that even though I grew up in the South, I had parents who taught me to respect everyone. Although, I have to say that I have lost all respect for you. Good luck trying to climb out of this hole. You won't get any help from me or the children. We'll be watching Anthony Bourdain instead.
Posted by Jen at 11:00 PM