I am still alive, just up late. (Sorry, Sister 1) Sister 3 is leaving in the morning and we stayed up late talking because I finally could, even though she herself has to get up at oh dark thirty to start the long drive home. But that is our family tradition and some traditions must be followed. If I didn't stay up really late at least once, then Child 2 would be really disappointed in me.

Today there was a really big storm, so of course the power went out. But the car was filled with gas, because after last summer's disaster of not being able to leave for NYC during a power outage because there were no gas stations in our state with power, I always keep the car at least 1/4 full and up to the top if I can help it. You never know when you will need to leave for New York. And we had lanterns ready and our radio that you can power with a crank. So after I came back from my doctor's appointment, which was just in time for the power to go out, the nieces and Child 3 danced to the radio until they were bored and then we went to the mall and the movies.

I discovered a couple of things. 1. Child 3 is thankfully old enough that she realizes not all animated movies are going to be good and there were quite a few from the trailers which we both think we will skip (but not Despicable Me 2--that looks really funny.)

And 2. Movie popcorn makes me really sick and my tongue has been burning for hours. Popcorn should be gluten free, but apparently butter flavoring is not. Seriously, is there nothing fun left for me to eat? I almost broke down in tears the other day at the grocery store because it takes me so darn long to buy anything, and invariably everything I love and want to eat will have wheat of some kind in it. It. is. such. an. ordeal.

OK, enough whining. I need to get to sleep because I have to drive to kingdom come tomorrow to test drive a car for my friends "Annike and Aaron." We knew them in China and we love them so very much and they are moving here in the summer, so to make life easier for them, I am helping buy a car for them so when they finally arrive, they have something to drive. So I'll get right to the fact that everyone who says they are stressed is having a worse day than me. Oh wait. . . I can't have a worse day than me. These people in Washington are definitely having a worse day than me. They were at home in their house minding their own business when suddenly a huge 3 pound piece of metal crashed through their roof. 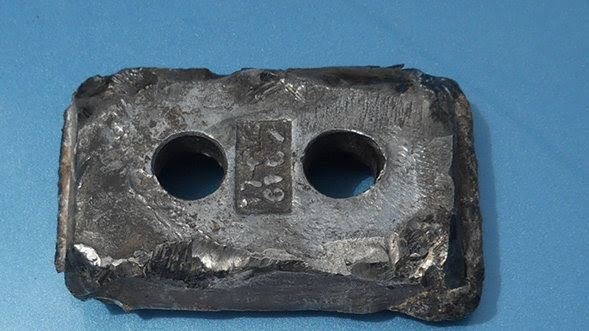 No, it is not from a space ship or an airplane. It is a piece of a wood chipper and it must have flown pretty far because this is the hole it made. Seriously, all the way through the roof! 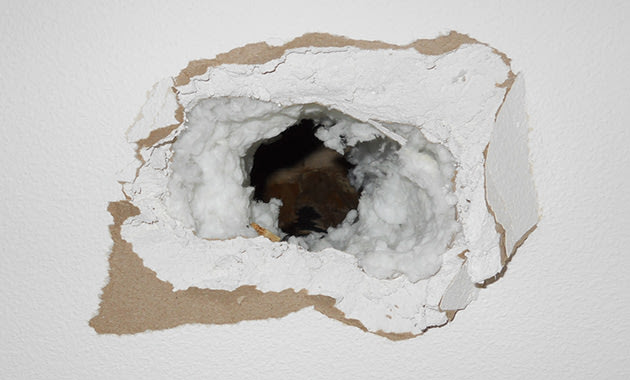 So thank you, Seattle home owners, for reminding me to be grateful that there are no lumber yards near my house. There are a lot of trees, though, but if I see anyone using a wood chipper to clean up the ones that fell during today's storm, I'll be sure to ask them to move it far away from my house.