I spent the afternoon digging up bullets. I realize that makes it seem like I'm some mob doctor or evidence fixer, and it sounds a lot more exciting than what I was actually doing which is trying to remember things that I did this year to put in my EER (that dratted employee evaluation report.) These bullets are way shinier than mine, so they will probably get promoted. 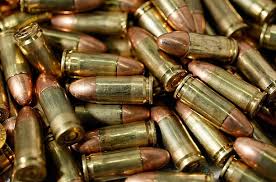 I know I have done stuff over the past year--important stuff, too--but I'll be darned if I can think of anything exciting to say about any of it. For the non-Department people out there, the method of writing an EER involves giving a list of "bullets" to your supervisor so he or she can write his or her portion of your review. Before sending off the bullets, you should make sure to ask said supervisor what they mean by "bullets" because I can assure you that sometimes it just means a list of things you did, and sometimes (OK, just once but it was a painful once) it means a paragraph all ready to be cut and pasted into your EER--with a bullet in front of it. The whole process is long and arduous and your whole future as a foreign service officer depends on it and quite obviously, I stink at the whole thing. In part because you can't use run-on sentences, must have proper grammar, and there are no italics. I so wish that instead of an EER, I could just put a link to my blog, but then, we're not allowed to say things like, "This employee showed a remarkable degree of sanity given the fact that her husband left her for Afghanistan and she is alone in the house with three children and a very badly behaved dog. Oh, and she is now allergic to wheat. AND CHOCOLATE. She can never, ever eat a brownie ever again!" Nope. Nothing about personal circumstances at all goes in the EER so that they can't promote you out of pity, which was pretty much my only hope of getting promoted, but apparently is unfair to people whose husbands aren't in Afghanistan and aren't allergic to wheat. And chocolate. And don't have a dog that wants to eat their favorite shoes.

You know, it astonishes me constantly that people other than my mother, children, and Husband read this blog. Husband is required by contract to read it, and uses it to check up on me. I realize that some of my friends read it because they feel obligated and are afraid for my sanity and look in it for clues that I haven't completely lost my mind. And the children read it to see if they will be in it. (Yes, Child 2 and 3. I'm talking to you! Child 1 doesn't actually want me to write about her but I hope that she secretly likes that I do.) But today, I discovered clear evidence that people I don't even know actually read it and enjoy it. OK, I didn't discover that, my colleague "Katerina" e-mailed me the evidence and said she also liked it, which makes me really happy because she is one of the wittiest people I know in real life. Jon Stewart and Tina Fey would be the wittiest people that I don't know in real life, but I so wish I did. Do you think they will ever see my blog?

This would be robber in Connecticut is having a worse day than me. He apparently started the robbery at a Dunkin' Donuts by ordering coffee at the drive-through window and asking for change for a $100 bill. When the employee refused, he tried to climb through the window. The quick-thinking employee threw a pot of hot coffee on him and he drove away in his white Ford Explorer while she yelled "Go run on Dunkin!" which is a brilliant play on the company's slogan. 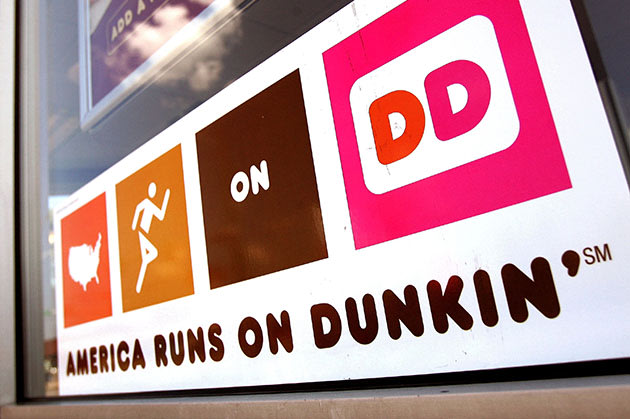 So here's to the employee, a woman like my friend Brynn who keeps her head during a crisis and can joke about it. And thank you, Mr. Donut Robber, for reminding me to be grateful that I have never had a pot of hot coffee thrown at me. Once, not too long ago, one of the children splashed hot soup on my foot which was not very fun, so I can imagine how much it hurts. And also, you totally deserve it.
Posted by Jen at 8:41 PM