So we bought this computer in China 6 years ago and the battery is slowly dying. When it's fully charged, I get about 60 minutes of time on it. And now the plug is broken. So my first chore for my vacation during Spring Break is to find a new plug. Brilliant. Just fabulous. This will be a short post, so I don't run out of battery and have to finish on my phone. I hate typing on my phone. Stupid small keys and auto correct that every time writes "you" as "tippy." I mean, come on! Tippy? 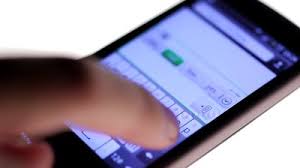 We hung out today with "Rob and Bobbi" who we worked with in China and who are so much fun. They kindly cooked gluten-free food for us and they have the best movie collection ever, so Child 2 and Child 3 were in heaven. And the best thing about it was that it gave us something to do while we anxiously await for Husband to arrive. He has some awful flight that gets him in around 10 pm, so we are all breathless with anticipation. OK, I am. The children are excited, but not breathless. Still, they are going to stay up way past their newly appointed bedtimes from our new "house rules" to wait for him. Not that that is any big sacrifice on their parts given that they hate bedtime and it is Spring Break.

These fans of Rhianna in Chicago had a worse day than me. For those readers who are cave dwellers, Rhianna is a big, huge pop star and has millions of fans.

Very pretty, isn't she? Apparently it takes a lot to get her looking that way because the children at this school in Chicago won a contest she sponsored and she was supposed to make a person appearance at the school at 1 pm. Instead, she showed up after 5, which if you remember from being in school is a couple of hours after it is finished. The kids waited anyway and when she finally showed up, she stayed for 16 whole minutes. 16. Seriously. Oh, she gave free tickets to her concert to the principal, but he is only one person and those kids waited four hours for what was supposed to be a great event. So thank you, Rhianna, for reminding me to be grateful that I have my priorities straight. I would never, ever keep anyone waiting for 4 hours, unless it was an airline problem or something, speaking of which, Husband's plane had better not be 4 hours late, or the children and I would be up all night. But it would be worth it.
Posted by Jen at 6:04 PM