It's spring. I can tell because the trees in our neighborhood are beginning to flower, and my colleagues are all sniffing with hay fever. I don't get hay fever in the spring, thank goodness, but I do get optimistic, which is rather disconcerting for a pessimist. Something about the sunshine and warmer weather and flowers turns me into a person I hardly recognize--the kind of person who hums and and swings her purse when she walks. I know! Weird. So how I know it is really spring is that I was daydreaming about Husband today, which is something I find myself doing a lot lately because it has been so loooong since I last saw him. And then I found myself planning things we would do when he gets home, which, if you know me or have read this blog at all, you will know is totally 180 degrees from where I usually am which is thinking all the time that July is a million years away and Husband will never, ever be home. Never! So the planning for the future together caught me off guard. Could I actually be finally able to handle the whole separation thing? Nah. It's probably just temporary, but it is hard to be pessimistic when the world looks like this.

Tonight for dinner we had Child 1's improvised soup recipe and for fun, I threw in a can the tomato soup from Britain which doesn't have any wheat in it, and like many things in Britain made with tomatoes, it is orange. Bright orange. I don't know what is wrong with English tomatoes, but they are a weird color. So the soup was orange, but it tasted good, so I guess I can't complain. But I am glad I didn't buy an entire case, and I guess I'll have to find another wheat-free brand unless I want to get used to eating orange food that is not Cheetos. Only Cheetos should be that color. And creamsicles. Not soup.

So today at lunch, I was that lady. You know: the one that has all the questions about the food and requests something special like a substitution or a subtraction and takes all that time ordering? You know, "I want the Italian salad dressing instead of the ranch, but I want it on the side." That lady. And then, after all my questions about wheat and soy sauce and explaining I was allergic, they handed me my lunch and it had a big cheese biscuit right on top. So I made them take it off and I ate the lunch anyway and of course I feel sick. So I don't know if it was cross contamination, or it had something else in it, but I won't be going back to that food truck. Bummer. The Department runs out of baked potatoes around 12:15, so if I don't get to the cafeteria early, there is nothing for me to eat and today I had a conference where they did not feed me lunch but made me sit and listen to long boring speeches saying nothing but saying over and over again that went way past lunch. So thus the bad food truck full of cross-contamination. Ugh.

Speaking of cross-contamination, the owners of this bakery in New Jersey are having a worse day than me. 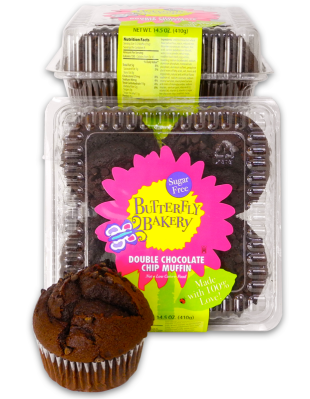 They claimed that their baked goods were sugar-free and gluten-free, but apparently, they weren't. The FDA actually tested the products and found sugar and a bunch of allergens including wheat. The bakery "voluntarily" shut down their facility and will have to remain closed until they meet FDA regulations. So thank you, Butterfly Bakery, for reminding me to be grateful that sometimes, the federal government actually does have my back. OK, actually, a lot of the time, since they pay me and all. But still, the laws are there for a reason and it's nice to know someone cares when companies mislead people about what's in their food. (Jelly bean makers, I'm talking to YOU! Gluten-free my foot.)