Today was a bad day. Crying at my desk bad day. Sobbing in the car on the way home bad day. Curl up in my jammies and never want to face the world again bad day. Order pizza for dinner bad day. Wish that you could eat a whole pan of brownies but you can't because you are allergic to wheat and chocolate bad day. It just sucked in every possible way except for the fact that my lovely friend "Belle" took time out of her busy schedule to meet me for lunch. She is in the midst of packing out, so it was really super nice of her. But other than that, the day sucked so I am going to end it very early. I'm going to bed as soon as the pizza arrives which should be in about 10 minutes and I am not getting out until morning. (Don't worry. Domino's has gluten free pizza so I won't starve.) 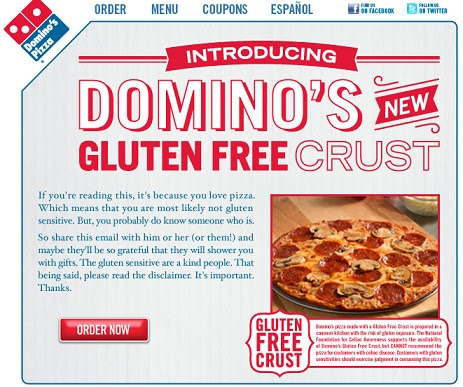 So what exactly was so bad about the day? Well, I can't go into all of it, but here are the highlights. Someone called and told me I had made a mistake--a very minor, tiny one with no consequences, but a mistake nonetheless. I apologized and said I'd fix it and ended the conversation. 1 minute later, this person called back and told me that was too short of a conversation to have about a very serious matter and proceeded to berate me, imply that I was stupid, and lecture me on the history of the bureau. Then, that person told me they were doing me a favor and it would help me in my career at the bureau if I would keep all they told me in mind. Now, you should know that this person does not work in my office, nor are they senior to me or in any chain of supervision over me. Also, my career in this bureau ends in 5 weeks because I am switching to a different one and it is unlikely I will return soon, since after that we have to go back overseas. So what a fun phone call that was!

Other bad stuff happened, but the worst was that I was reminded twice that Husband is more valuable to the Department than I am. Don't believe me? Well, I have empirical proof--it's called my salary which is, coincidentally, 70% of his not including the extra he gets for working in a war zone. Husband says it's because he has 10 extra years of experience working full time to which I say what I did during those 10 years (which is give birth to and raise his children) was just as valuable and in fact more essential to society, but because it was unpaid volunteer work, it doesn't count. Not to the federal government, anyway. Also, as a tandem spouse whose husband is in Afghanistan, I am worth exactly $0.00 because that is the total of the benefits I get from his service--no medals, no certificates, no awards, no financial support, no extra days off to make up for all the ones I've used to take care of the children, no mention in my EER--nothing. Nada. Zip. Zilch. Zero. You get it. In fact, you could say that my career has taken a hit from the stress of the past 331 days, so in effect, it is costing me money to have Husband serve in Afghanistan. But nobody cares except me and being constantly reminded of that today just put me over the edge right into purple.

So I am going to bed, but not before pointing out these kids in New York who are having a worse day than me. It is yearbook time and children all over America are eagerly opening their books to see their pictures and find out how many pages they are on.

These children, however, got to see pictures of themselves labeled with names like "isolation kid," "someone," and "whole bottom row is a mystery." It seems that the yearbook staff, who are all students, put in place holder names for the kids they didn't know and then forgot to replace them with the real names. And the teacher supervising them didn't notice, or didn't care. The school says it was an inadvertent mistake and that they are trying to make up for it. But please--inadvertent mistakes are putting in the name of the wrong twin or misspelling someone's name, not saying offensive things to be funny and then forgetting to remove them before they are made public! So thank you, Rude Yearbook Staff, for reminding me to be grateful that I never did order a yearbook my Senior year, so I have no idea how many times I was in there or if they spelled my name wrong. Because in this case, not knowing would have been a whole lot better. I hope you all fail your yearbook class. Now I'm going to bed to try to un-know this whole day.