Here is what's bad about being a single parent after not being a single parent for 16 years:  everything. Here is what's good about being a single parent: well, umm, maybe, nope. I got nothing. See, when you're a single parent, it's all up to you. You have no one to tag team with, no one to back you up, no one else to discipline, or to even decided not to discipline but just strategically ignore the problem and hope it will go away. It's just you and you alone, and by the way, also no one to tell you it's all going to be OK, or you're doing a great job and no you don't sound like your mother at all. And there is no one to take care of you because you can be certain that the children aren't going to do it. And don't get me started on The Dog. Why do people persist in believing that dogs lower your blood pressure and make you happier? Mine certainly doesn't. OK, she's cute, but so are the Gremlins in that movie before you add water and The Dog is just about as destructive, too.

There is also no one to laugh with you when Child 3 googles her symptoms and decides Toxic Shock Syndrome is the most likely. And to hold your hand when Child 1 drives off in the car with her best friend from Korea and you know they are both great girls and they won't get into any trouble, but still. And there is no one around to jump up and down and whoop with you when Child 2 says she thinks she doesn't want to work for the Pokemon company after all which you had decided to support as a goal but are really, really, really glad you don't have to because you just couldn't take another Pokemon movie because you had no idea at all what was happening and poor Child 2 had to explain everything and looked at you like you were an idiot because all these years she has been explaining Pokemon to you and you never ever understood it but you supported her anyway and now you are thrilled beyond belief that her new interest is music because that is something you are good at.

Nope, no one else is there for these moments. It's just you.

Child 1 and I went to the gym that we joined and exercised and it felt good. There was a little meltdown before we left because I was tired and cranky, but we made it and virtuously exercised. My goal is to go at least three times a week and then see what else I can squeeze in. I know that's not a life-changing amount of effort, but I'm trying to be realistic here. You may remember that I have 21 1/2 hours of things to do each day not including sleep, so fitting in  30-40 minutes three times a week I think is pretty virtuous.

This family in Oregon are having a worse day than me. They bought a house that was in foreclosure and got a really good deal on it. 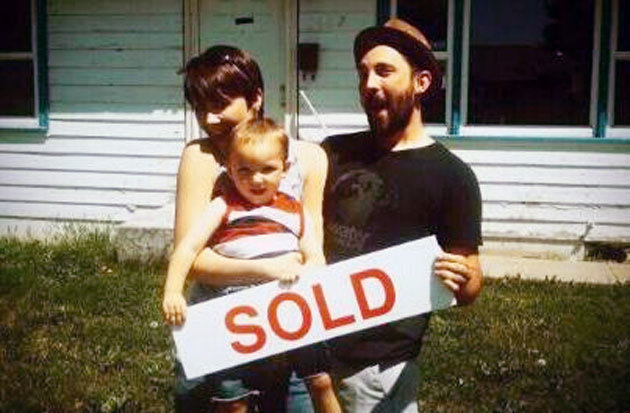 Within three weeks of moving in, they all were really sick and their toddler was deathly ill. Turns out their house was a former meth-lab and the chemical residue was what was making them sick. So they had to move out into a rental. How sad that their dream made them ill and how weird that even though there is no more meth in the house, it can still make them sick! So thank you, Oregon family, for reminding me to be grateful for my beautiful home that was never a chemical waste dump.