Today actually turned out to be a fairly good day which is surprising given the amount of time I spent in my office crying with the door shut. Thankfully, I work in an office where shutting your door is common, so I'm not out of the ordinary and since no one ever knocks on it, I'm free to have an emotional breakdown whenever I need it. I really thought that based on the amount of emotions I was feeling that it would be a purple day, but the end of it has turned out rather nice.

See, the first thing that happened is that the Department let me drive a Chevy Volt around DC today. I still am stunned that they just trusted me with the car and let me drive it myself, but I had to go to a meeting on the complete opposite side of DC and they let me check out a car, so I did. They didn't count on me getting lost, but I did. I mean I counted on it AND I got lost. But because I knew I would get lost, I brought my fabulous purple smart phone with GPS and the lady kept calmly re-routing me and because I was early, I wasn't late but I was exactly on time. (See Bad Day 13 for my views on being early if this confuses you.) And then I gave a speech, and people clapped. And then (here is the part that is going to astonish Husband) I made it all the way back to the Department by myself without the GPS and I even made a wrong turn and I still made it back early and didn't have to use the GPS! By myself!

OK, to understand what an accomplishment that is, you must know that I have no sense of direction at all. None. Nada. Nope. Really, none. I inherited this lack of sensing direction from my mother. Once, when I was fairly young, I was home sick from school and my mom had to go drop a package off at Newark airport. She brought me along because I was sick and also she thought I could read a map. I could read maps, but being able to read maps doesn't help if you don't know where you are in relation to the map. And between the two of us, we completely missed the airport and were on our way to upstate New York before we realized what was wrong. To make this story even worse, we lived in New Jersey which is the state where Newark airport actually is. So I come by it naturally. Lost is not just one of my favorite shows, it's my actual natural state of being. 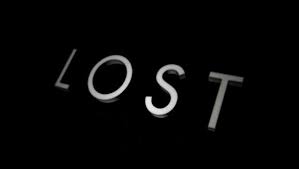 I am the person who can get lost by coming out the wrong exit from the subway because I have to memorize where things are in relation to each other to find my way around and if I think I'm going in one direction, I could completely be going in another but not know it until I am hopelessly lost. So now you are wondering how I survived in China and the answer is taxis. I am a master at taking taxis in China and it was so much easier than trying to read Chinese street signs which are in completely the wrong place and you can't tell what street you are actually on until you are halfway down the block. In Korea, I felt a little more comfortable because it's a small country and if I got lost, I would either end up in the ocean or the DMZ and in either case, I would just turn back around because all roads lead to Seoul. So you can see that my finding the meeting and getting back to the right place were major accomplishments.

And then I went to a dinner with fellow foreign service bloggers and it was a blast. Really, the Department has no idea how many smart, and talented people there are who either work for them or are married to people who work for them. I had a lot of fun and came away thoroughly impressed at how nice everyone is and how much fun they were to listen to and I probably talked too much, but I always do when I'm nervous. So I hope they invite me back. And if I ever figure out how to list their blogs on the side of mine like all the cool bloggers do, I will link to them so you can all see what I mean.

People who ate at this Chinese restaurant in Kentucky are having a worse day than me. Apparently the owners found a dead dear on the side of the road and brought it into the restaurant to butcher it in full view of the patrons. They claim it was for their family, although everyone doubts it. But the health department shut them down anyway and is making them clean the whole place before they can re-open. I certainly hope so. And given what was happening in China regarding food additives when I lived there (melamine in milk, cardboard in dumplings, carcinogens in pork, etc.) I totally believe that serving roadkill was no big deal to them. So thank you, Flower Chinese Restaurant, for reminding me that the best Chinese food is what I cook at home and it contains no road kill whatsoever.
Posted by Jen at 9:37 PM