We've made it three months, about 1/4 of the way through this horrible Afghanistan separation, so to celebrate  I decided to deliver a fatal blow to my self-esteem by doing what I know I shouldn't do which is to go shopping and actually try on clothes. The children and I celebrated Columbus' discovery of the new world by doing that most American activity of celebration which is shopping at the outlet mall until everyone's feet hurt and you have cramps in your hands from carrying all the bags. The day started out well in Burlington Coat Factory where the first thing I tried on fit like a dream and was really inexpensive and three strangers in the dressing room all told me it looked amazing. So yippee! I thought for a moment that all that not eating because of stress and exercising at the gym was working and I might fit into something decent and not look like a sausage. But no, that was just a trick by British fashion designers to boost my confidence temporarily so they could completely suck it out of me in the next store where I tried on 10 things every single one of which looked horrible. Horrible! Awful! Not leaving the dressing room to find the three way mirror bad. Sausage bad. Wishing I had never agreed to go to the mall bad.

See the problem with most malls is that they are convinced that their primary customer is a 15-18 year old size 0 girl, which I recognize is a very good customer because I have one of those and she has so many clothes that they broke her previous dresser from the weight of them and they are spilling out of the newer, bigger one we got her and there are so many that she couldn't possibly wear all of them in six months let alone one and yet she still bought more today and always complains that she has nothing to wear. Child 3 bought bags full of glitter which I think was originally attached to some kind of clothing but now it's all over me and the car and now The Dog. Child 2 is not so much into shopping because of the aforementioned hoodie, t-shirt, and jeans addiction, but today we managed to make her buy a dress AND a sweater, although the sweater is vaguely British because it has that crown on it and says "just keep calm" and Child 1 bought a sweater that is in the pattern of a union jack and they are both HUGE thus proving that the designers are out to get us because they make us think clothes will always be too big while we are young and then they get progressively smaller as we age! So it's very frustrating to not be able to find anything to buy in the entire mall except cardigans which always fit but I have so many of them, I could stock my own store because that is all I can find that fits! And it's so depressing when the only store you can go in and be certain you will find something that doesn't make you look fat is Yankee Candle. 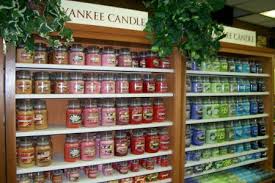 But I now have three more cardigans and one dressy blouse which I can wear to future Marine Corps Balls which I thought would be very cool and glamorous when we first joined the Foreign Service and I had visions of ladies and gentlemen in gowns and tuxedos doing the Viennese Waltz but really it is a bunch of tipsy people dancing to the Electric Slide. Still though, we'll go to the one wherever we are next because I need somewhere to wear this blouse. It looks that good.

Amy Cheong in Singapore is having a worse day than me.

She worked for what I think is some kind of government-affiliated committe and a couple of days ago she got upset at a loud wedding taking place outside of her apartment and ranted about it on facebook using lots of profanity and offending most of the people in her country and all of Malaysia. So she was promptly fired and her job was posted on the internet the very same day. Oh, and also the police are now investigating her. So thank you, Ms. Cheong, for reminding me and everyone how dumb it is to write offensive things on facebook, especially when your job depends on public trust. And thank you to my fellow FS blogger "Hepburn" for the suggestion.
Posted by Jen at 8:19 PM