Bad Day 85--Who moved me to the rain forest?

I live in a jungle. Not really an actual jungle, but one I planted in my backyard. And it's completely my fault. You see, I wanted Bali for my birthday, so we made over the backyard, which is really just  a patio, into something more tropical. We bought a Buddha statue and candles that hang from a tree, and filled it with flowers and tropical looking plants. We have some ferns and some hostas, and potted geraniums, and we have an elephant. We bought three elephant ears, which apparently are really tarot roots, and are supposed to be about three feet high with rather large leaves. Here is a picture of a normal elephant ear plant. 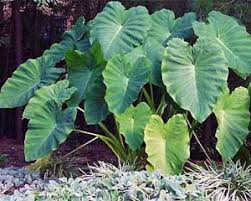 Lovely, isn't it? And we have two that look like that, one of which has black leaves and they are beautiful. This is a picture of the kind with black leaves. It's really stunning. 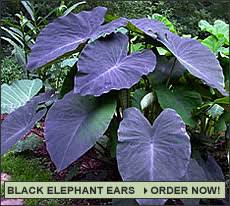 And then there is the other one that is, shall we say, an over-achiever. It is huge. Enormous. The size of an actual elephant. OK, a small elephant, but still. It's taller than Husband and he's no shrimp. It dwarfs me and looks like it could swallow Child 3 whole. In fact, its leaves are bigger than Child 3. We got very excited when it sprouted flowers because I never knew that elephant ears had flowers at all. But then we noticed the tentacles which this monster plant has sprouted and are snaking along the ground toward the other plants as if it is out to get them. It is trying to take over the whole yard and it is starting with an assault on the garage door because this is the one we planted next to the door and we had no idea when we put it in the ground that we would have to fight with it to get to the car every morning. One of the children has started humming the theme to Raiders of the Lost Ark every time we open the door, and another one is singing Little Shop of Horrors. The plant is scaring me. I have a feeling that after it successfully takes over the garage, it will then annex the kitchen. I need a machete.

The funny thing is that I am a plant killer. I can't keep plants in the house alive to save my life, but I'm good at watering outside, so I bought hardy plants that really don't take much care, but this is ridiculous. I think I have to dig it up before the first frost, but I don't have a shovel or pruning shears big enough. I might just let it die a slow death. We'll see.

The First Lady is having a worse day than me. 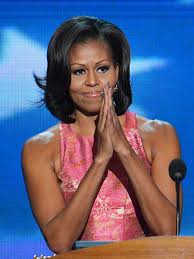 Oh, I know you are thinking that Michelle Obama has a pretty charmed life and her husband is not in Afghanistan, although people probably are still out to get him. But today is her 20th anniversary, and instead of spending it at a lovely Italian restaurant having a quiet dinner without the children, she is stuck at a political debate. And no matter what your politics, you have to admit that is a pretty terrible way to spend what should be an amazing day. So thank you, Mrs. Obama, for reminding me how lovely it is to be married to the same person for 20 years and still be in love and I hope your husband buys you lots of flowers. And jewelry. An oversight that big needs jewelry.