Bad Day 335--Where are the Snowdens of yesteryear?

Catch-22 is one of my favorite novels. Really, one of the funniest I'd ever read and after I finished reading it the first time, I had this huge desire to watch re-runs of M*A*S*H, because that show was very much in the spirit of the book. 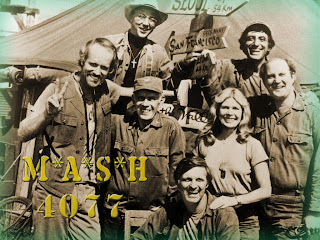 All these Snowdens in the news make me think it is time to read it again because I'm certain there isn't anything much more absurd in the book than what is happening in my life right now. For instance, you would think that with three children, at least one of them would remember to do something I asked them to do today, but no. They all "forgot." We even have a new chore chart on the wall, but it doesn't work if you "forget" (read shut your eyes every time you walk by it) to look at it. I think that everyone is just waiting until their chore rolls around to me so then I will have to do everything. I should not have put myself on the chore chart.

The children have 3 days left of school and I'm not sure we're going to make it. Child 3 is still supposed to be reading for 30 minutes and finishing up some homework and she has yet to show me she's completed anything. Child 1 & 2 both have exams tomorrow and I know for a fact that you cannot study for exams while taking a nap on the couch because I tried that in high school and it doesn't work. Sleeping near your textbook doesn't impart any knowledge into your brain at all. And instead of folding the laundry I put in the chair in front of the TV so that they could not avoid it, they just dumped it onto the floor and step over it. They will all make excellent congressional witnesses someday. Can't you just see them saying no, Senator, I never saw the pile of laundry. I may have actually moved it, but it wasn't a conscious effort so I have know knowledge of the event. I will be so proud as a mother on that day when they plead the 5th.

OK, that's not entirely fair because Child 1 did begrudgingly make dinner and Child 2 voluntarily gave The Dog a bath which is good because The Dog was getting smelly. Child 3, though, is avoiding both chores and homework, but I am giving up. I am just too darn tired to force her. It will take a force of nature to get her moving and I am all out of natural force. I am too old for this. I don't look it, though, but I certainly feel it. I still have no forehead wrinkles, but the gray hair is driving me crazy. I have got to get it covered up soon. If I can just get the energy to actually call the salon. Maybe if I take a nap on the couch, my hair will magically color itself? Why not, if napping can help you study history, then why won't it work on highlights?

The women riding in this limo in California are having a worse day than me.

They were on their way to a party and were sitting in the limo in their gated community not yet driving when it suddenly caught on fire. There were 10 of them, and they all escaped, even though most of them used canes and walkers because they were over 90! Yes, that's right--90 year old ladies had to escape from a burning car. Thankfully, they are all OK, although a little miffed with the limo company, as they should be. So thank you, Brave Ladies, for reminding me that you can still be feisty at any age and that "elderly" doesn't mean helpless. Now lets hope that limo company gives you another ride free of charge, because even at 90 I imagine you don't want to miss the party. As my Grandma used to say, young man, I'm over 80--if I want to eat chocolate for three meals a day, I should be allowed. Now bring me some of that dessert! Maybe when I'm over 80, I'll be able to eat brownies again. I'm not sure I can wait that long.