Today defeated me. Completely. I think my phone is out to get me. This morning, it sent my friend an emoticon of a dead cat.

So sorry, "Violet." Once I end up on the emoticon screen, it seems to send random stuff. But at least Violet has a sense of humor and she thought it was funny--probably because she could tell it wasn't on purpose. Sigh. I hate being dumber than my phone.

It all went downhill from there to the point where I told Child 3 that she could not freak out because only one of us could and it was my turn, and then I went up into my room and sobbed in front of Child 1. I am not being a very good parent right now. I am making them cook their own dinners and I am in my pajamas and am going to bed. At 7:30. I am pretty sure they are still alive because The Dog is not barking which means someone must be petting her and it's certainly not me. Also, someone else is going to have to walk The Dog. I can't. I'm in my pajamas already.

Since today was such an awful day, it was hard to find someone having a worse one than me. But I think the tenants of these horrible landlords in California qualify. 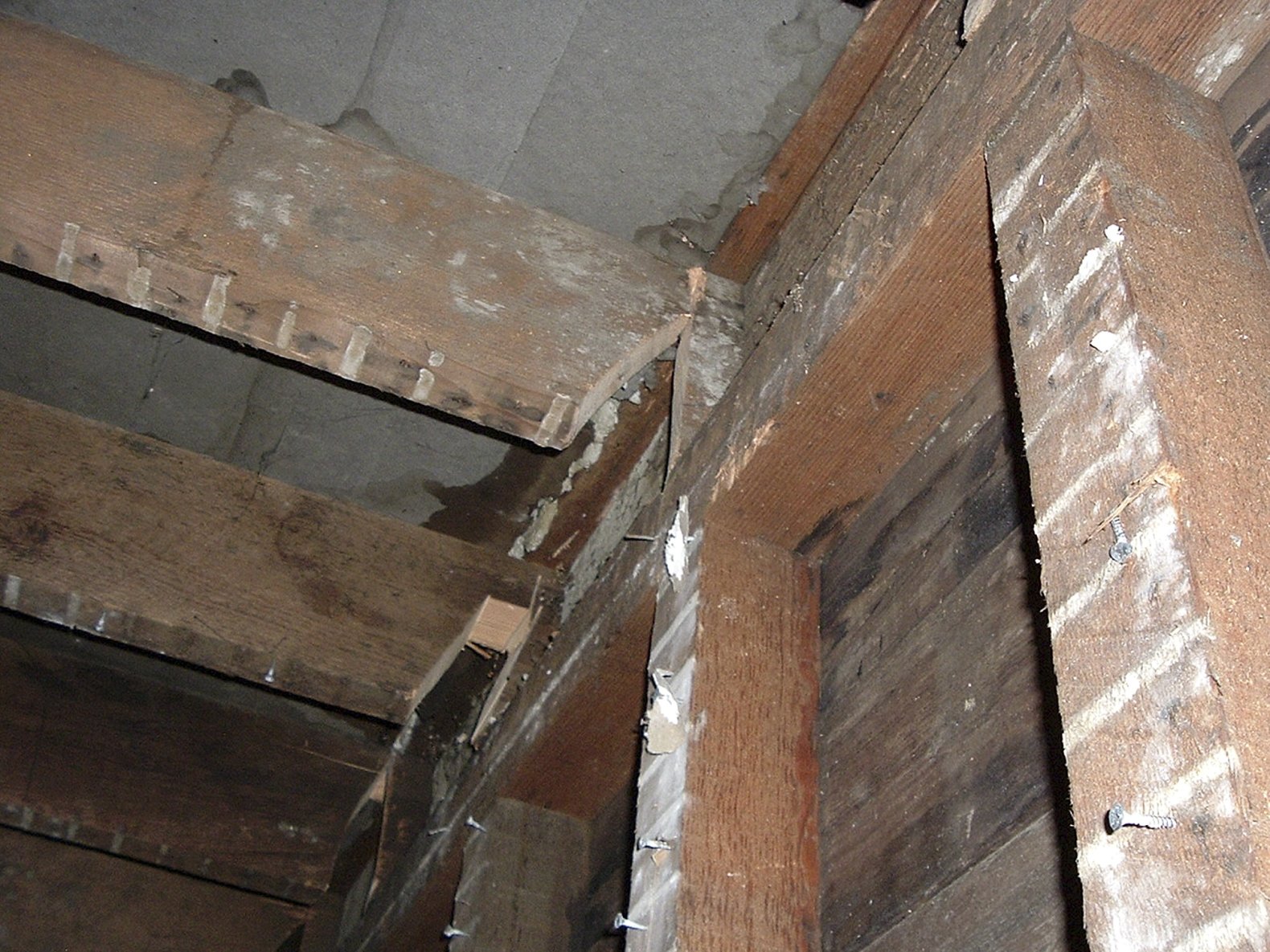 I don't know if you can tell, but those are floor joists that have been almost cut through. They did that to their tenant's apartment to try to make the tenants fall through the floor. They actually cut holes in the floor and sent fake threatening emails in one of the tenant's name. They were pretty much a nightmare, but when they made bail, they fled to Italy. Thankfully, there is an extradition treaty with Italy, so they were arrested there and sent back to California where they are now in jail. So thank you, evil landlords, for reminding me to be grateful that I don't have one. If I had a landlord, I would complain about the broken faucet handles in my bathroom, but since it's my house, I just live with it. But we really ought to get that fixed. It is no fun to brush your teeth with hot water.
Posted by Jen at 8:15 PM