I'm watching a show about extreme Christmas decorating and I'm feeling pretty good about myself. This one woman has 168 Christmas trees in her house. Also, she and her daughter have horrifyingly bad hair. So I'm feeling like my two trees aren't excessive at all. Husband, you can stop teasing me now. She even has one upside-down hanging from her dining room ceiling. And then there is the woman who has over 5,000 "snow people" because some of them are snow women. She even makes them out of shaved ice and keeps them in her freezer. That's all that she keeps in the freezer. I guess they must eat out a lot. This is the Christmas tree lady with the bad hair. What is it with TLC and bad hair. It is the home of "What Not to Wear" so you would think people would be better about hair on their programs.

So Cheetos do not make as good a lunch as I had hoped. First, because they made me nauseous. And second because I couldn't even finish the bag. And it was a small, snack-sized one. And then even though I was nauseous and didn't feel like eating, I could tell my blood-sugar was low because I was jittery. I'm very sad about it because I had high hopes for the Cheetos, but I suppose it will be healthier in the long run if I eat salads instead. But part of the issue is that a lot of salad dressings also aren't gluten-free, so I have no idea what I'm going to do. I'm getting awfully tired of mashed potatoes for lunch every single day. I think it's worth it, though, because I'm feeling pretty good after dinner and that is unusual.

Passengers on Cathay Pacific may soon be having a worse day than me, although they will probably be having the same kind of day as anyone who flies on a U.S. carrier. The flight attendants are in a dispute with the airline over wages, so instead of striking, like other airlines do, they have decided to stop smiling and may or may not serve you a meal. So, in other words, they will behave exactly like the flight attendants on every single flight I've flown in the U.S. during the past year only there is still the possibility of a meal. I'm not sure that this will get them what they want because even surly Cathay Pacific flight attendants will be nicer than most of the ones in America. Seriously, they could give lessons on how to be cranky. 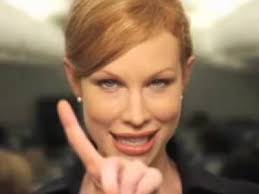 So thank you, Cathay flight attendants, for reminding me to be grateful that I don't have to fly anywhere this holiday season. And Husband, I hope you actually get a meal on your flight.