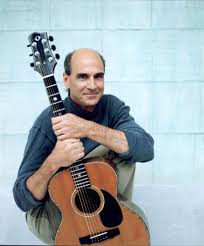 Know who this is? Don't worry if you don't. Child 1 had no idea either. I didn't even bother to ask Child 2, and Child 3 was just happy to be singing along. But Husband will know immediately and would tell you that James Taylor has always been one of his favorite singers and would be really happy to know that Mr. Taylor and his wife came and sang a special concert for the families of Foreign Service Officers who are on unaccompanied tours. Since Husband is in Afghanistan, we got invited and I dragged the children along with me and they were really grumpy when they discovered that Secretary Clinton was too sick to come. But they loved the music and they warmed up when they discovered the candy bar where they could fill bags with all the candy it would fit. They also decorated gourmet cupcakes and ate the mini-desserts and fancy sandwiches. But their favorite thing of the whole night, and I will always love them for this, was marveling at the original Gilbert Stewart portrait of George Washington. That is what sold them on the night and they kept talking about it all they way home. The swag bag from the Disney Company was just gravy after that, although that was also really cool. It was a fun evening, but as James Taylor sang "Shower the people you love with love," tears ran down my face because I couldn't help thinking that I so much would have rather been at home with Husband, now matter how special the party was.

Then I discovered on the way home that the Christmas Elves have been at it again and Child 2 convinced Child 3 to help her take out the trash cans again without my even asking. So amazing that they did it two weeks in a row! Then Santa came on a fire truck and Child 3 chased him down the street. He gave her a candy cane.

In keeping with my badly behaving foreign animals theme, this dog in Britain is having a worse day than me. 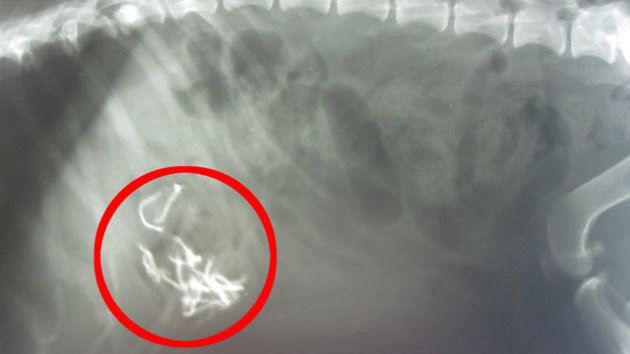 If you can't tell, that is an x-ray of a string of Christmas lights that the dog, who is named Charlie, ate. Surgery managed to save Charlie, but the lights were a total loss. So thank you, Charlie, for letting me know that I don't actually have the dumbest dog on the planet. Even though The Dog drinks all the water out of the tree stand every. single. day. At least she doesn't eat the lights.
Posted by Jen at 9:39 PM