I am a huge, huge fan of Tony Mendez who is the real person that Ben Affleck played in Argo. So when the American Foreign Service Association sent me an e-mail inviting me to come hear him speak about the movie, I RSVP'd immediately. I arrived an hour early and I dragged Child 1 with me and I was giddy like a schoolgirl. As a bonus, three of the Foreign Service officers who had been in Iran were also there--two whom Tony Mendez exfiltrated, and one who was there for the whole entire 444 days. And they were all extremely nice people. I was so impressed. I often wondered if that kind of experience would make me bitter, but Ambassador Limbert was funny and gracious and completely willing to talk about his mock execution and laughingly told me how he was promoted while in captivity and found that hilarious. It was a great experience, and the best part was that Child 1 leaned over to me and said it really made her want to join the Foreign Service. And she hates moving. So obviously they were great speakers. But back to Tony Mendez--here is a still from the movie. 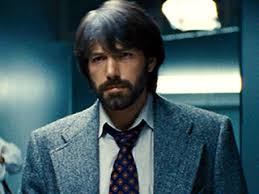 He said that Ben Affleck asked him what kind of clothes he wore to work back then and did he still have any. His wife Jonna said of course not because that was over thirty years ago and then was horrified when he actually pulled a Harris Tweed jacket out of the closet. He sent it to Hollywood and Ben Affleck had one made just like it. So now his jacket is famous. Ambassador Limbert said watching what they all wore back then was the worst part of the movie, and he was held hostage for 444 days, so you would have thought the invasion scenes would be worse. But no, embarrassing fashion was and so now I am in love with him as well as Mr. Mendez.

When I got home, Husband was on the phone with Child 3 helping her do her homework. Child 3 rarely does her homework on her own and Husband knew I would be tired so he woke up early and called her to help her. So add him to the tweed-wearing heroes that I am in love with. Although, if he hadn't gone to Afghanistan in the first place, he could have helped her at home. (Sorry, Babe. Couldn't resist the dig.)

And speaking of bad male fashion, anyone wearing these is having a worse day than me. 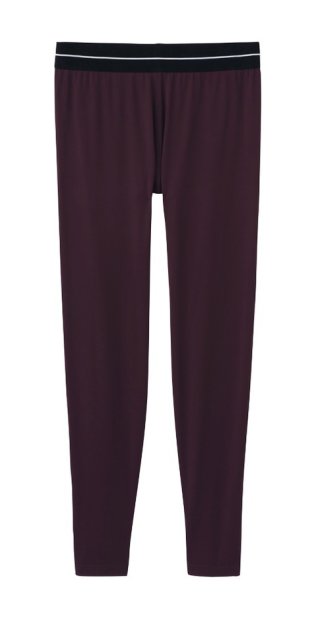 Yes. Those are male leggings, although how you can call leggings "male" is beyond me because they are about as masculine as a tu-tu which, coincidentally, is what you should be wearing them with and most men I know cannot pull off a tu-tu. Justin Bieber apparently wears them, so I rest my case. So thank you, fashion designers who are probably British, for reminding me that there are risks that one should just not take and "meggings" would be one of them. I would rather sky-dive, and I never ever want to go sky diving. Too hard on my hair.
Posted by Jen at 11:46 PM