I'm wearing jodhpurs by accident. For those of you unfamiliar with the travesty of fashion that is jodhpurs, they look like this.

Now, no woman wants to look like her thighs are this big on purpose which is why in the past they were only worn by British soldiers in India. (See what I mean about British fashion? I told you they hate us.) So I would never wear them on purpose, but jodhpurs are also what happens when your pants are too big and your sweater fits tight across your hips. I thought I looked cute until I got to work and saw myself in the mirror and I was horrified but unable to go home and change. So now I've decided it is time for new pants. I need to get some that fit and have some altered because I'm not doing the jodhpurs thing ever again.

Today is not Child 2's 41st birthday, although that is what it said on her cake along with the phrase, "Merry X-mas Happy Birthday!" Child 1 and Child 3 were responsible for the cake. It's not actually Child 2's birthday, but she had her party early because her birthday is always during Christmas break, and she is tired of waiting until January for her party. So we took Child 2 and her friends to see Monsters Inc. and now they are all upstairs giggling and not sleeping. I love Monsters Inc. because Boo reminds me of the children when they were small. 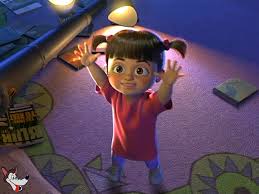 I'm now going to find earplugs so I can sleep while I have a house full of teenage girls who are not sleeping. Husband is already snoring, so I don't think it will be an issue for him.

Today, these delusional people are having a worse day than me. 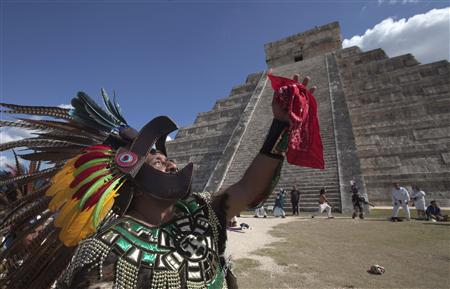 They are all waiting around for a prophecy made by a bunch of people who died hundreds of years ago which it actually turns out they didn't actually make. So now the crazy people who really believed the end of the world was coming will have to find a way to live with the fact that they were wrong. But don't worry, they'll find something else to replace the Mayan non-prophecy. Maybe a Tibetan one. Or Africa. There are lots of ancient tribal myths in Africa that haven't been exploited yet. So thank you, clueless disaster lovers, for reminding me to be grateful that the world didn't end and I opened my eyes this morning and Husband was still here.
Posted by Jen at 10:04 AM