Apparently, I at some point in the past month agreed to not only take 5 of Child 2's best friends to the movies for her birthday party this coming Friday, but I also said they could sleep over and I would make them pancakes in the morning. This is news to me because I remember the movie part, but I have no recollection of the slumber party part. None. At all. I suspect that something fishy is going on here because I am totally not the kind of mom that would throw a movie AND slumber party. One or the other, but not both. I told the girls I must have been on drugs and they said that I probably was and that I have been nicer since I was taking them.

I should explain that I am not taking any kind of narcotics, but maybe the combination of antacids and anti-anxiety medicine has made me have conversations I completely don't remember. Or, more likely, someone asked me when I was in the kitchen and the water was running and the TV was on and I thought they asked if I liked pancakes and I said sometimes so they figured that was a yes. Apparently, according to the children, I have said yes a lot more lately. My theory is that I'm just too tired to deal with the drama that comes with saying no, but this is going to be something I'll have to watch or the next thing I know Child 1 will think I'm taking her and 10 of her closest friends to Carlo's Bakery in Hoboken for her birthday (which is totally not happening so don't get any ideas.) This is the movie I am taking them to, so at least it will be entertaining. 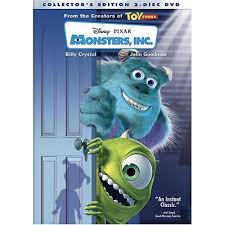 It also could be that they are gas-lighting me and they know I said no such thing but this is their evil plan to make me believe I did. Or maybe I said no and because they are teenagers they just ignored me and pretended they heard yes. The invitations are all out, so it's a little late to back-track now. Good thing Husband will be home because I don't think I can take a whole day of work and then dinner and movie and slumber party and The Dog because she doesn't like slumber parties and barks every time someone goes to the bathroom or rolls over or breathes and I just pray that no one has a Hello Kitty pillowcase.

Speaking of The Dog, I put the trash can in my bathroom up on the edge of the tub because The Dog likes to eat dirty kleenex and I hate cleaning up dirty half-eaten kleenex and the top of the tub was too high for her to reach so the trash was safe. But not any more! Today, she figured out how to knock it over, probably because Child 1 threw a taco in it last night and The Dog loves nothing more than day old fast food, having been a stray and all. Now, this might lead you to believe that The Dog is smart, but that is not the case at all. Today, I took her for a walk and got locked out so I rang the doorbell. The Dog heard it and started barking and growling and tugging at her leash to kill the person invading her house by the front door which is what she does every time someone rings the bell. Except that this time it was me. And The Dog! She was barking and growling at herself! Why, oh why did Husband ever promise the children a dog? I have half a mind to send her back to Afghanistan with him.

OK, I have to stop writing and help the children find green and white clothing to wear to show support for Sandy Hook Elementary. We are all a little rattled still, but this will help them feel like they are doing something positive and everyone in the school will be participating, so we have to go find something green. Child 3 thinks she should wear a pair of white leggings as pants, so clearly this needs my full attention.

There are still many, many people having a horrible day due to the actions of one evil person, but maybe knowing that this jogger in Virginia Beach had a worse day than me will make them feel better. He was minding his own business jogging along when all of a sudden an emu started following him. 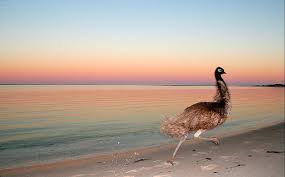 Emus are quite tall and I would be a little freaked out, but he managed to keep his cool and someone called the city and eventually the emu was returned to its owner. So thank you, VA jogger, for reminding me not to panic if a 6 foot tall bird runs up behind me someday, or to go jogging in Virginia Beach because I'm pretty sure I would not handle being stalked by a huge bird all that well.
Posted by Jen at 9:56 PM