So I tried unsuccessfully to hang up the icicle lights on the front of the house. First, they were the wrong lights because we can't find where Husband put the box with the Christmas lights, or really, I'm just to sick and tire to look for them. And second they didn't match. Half were blue and white LED lights and the other half were regular yellowish lights. But at this point, I didn't care, I was putting them up anyway. So I got out the step stool and the sticky hooks I bought to hang them up. And not only was the step stool too short (OK, maybe I'm just too short,) but the sticky hooks didn't stick. Apparently, if your woodwork is at all dusty, the sticky part doesn't stick to anything but the dust and just falls right off. I thought there would be nails up there I could drape the lights over instead, but there weren't. So Husband, if you could let us know where the lights are and how to hang them up, the children will be really grateful. Otherwise, they'll have to wait until you come home, or the lights will all be along the bottom of the windows because I'm too tired to drag out the ladder. Or I might just throw them on the bush like this in one big ball.

I may have failed at hanging the lights, but I won at shopping. I went to the mall early again and managed to get a LOT of shopping done in only two hours before it got crowded, mostly because I didn't bring any of the children with me. Of course, since they were not with me, I was forced to choose what to buy them all on my own. I know two of the children will like what I bought them. However, one will return most of it because she is very, very picky but I kept the receipts for just that reason, and one will say, is that all there is? Why didn't you get me that thing that I didn't put on my list but told you once I wanted when we were in the car and you weren't paying attention? I'm now going to pout about it all day and make you miserable for not spoiling me even more than you already do. Yes, I know that math doesn't add up, but one of the children has mastered the art of loving the presents and being angry that she didn't get more. It's a delicate balance, but she's perfected it. This year, I will just tell her to be happy she got anything at all and at least she isn't a child in Afghanistan because they live in a war zone and go to school in a tent if they're lucky and also, they don't celebrate Christmas. It won't mollify her, but at least she'll be quiet for a while.

All the residents of Zarozje, Serbia are having a worse day than me. Their town council has warned them that there is a vampire on the loose and they should all carry garlic with them at all times. I know, you are thinking, why doesn't your town council warn you about vampires? But that is because you don't live in a village that looks like this. 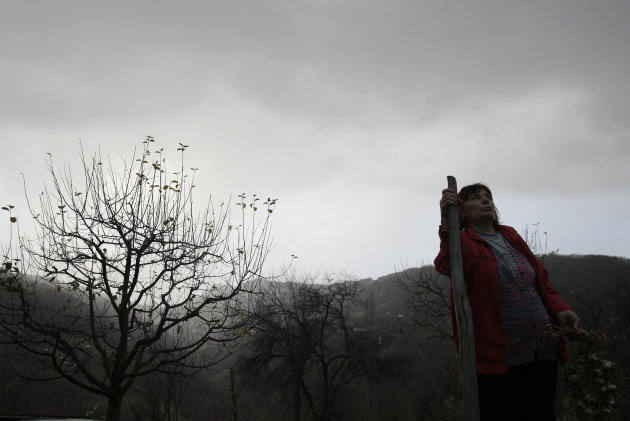 Spooky, isn't it? But you can see why it would be popular with vampires, especially the kind that sparkle in the sun and are named Cullen. And are extremely good looking. I can see why Bella liked Edward because seriously, if he looked like Nosferatu, she wouldn't have been so keen on him. (Don't look children! He's very scary and I still have nightmares about the rats in that darn movie.) 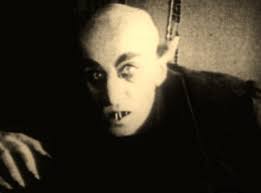 But back to Serbia, it's awfully nice of the town council to warn the residents, but it is rather freaking them out. I personally think it's because everyone is walking around smelling like garlic, which is probably not helping the stress of the whole situation. So thank you, Zarozje residents, for reminding me to be grateful that there are no vampires in my town and nobody in the house smells like garlic. All I can smell at the moment is my patchouli hand lotion that reminds me of Sapa, Vietnam and not of dryer sheets at all. (Hmph, Child 1!)