Today, Husband brought the children in to work to have lunch with me and experience the wonder that is our cafeteria. And when I say wonder, what I really mean is that you stand there wondering why you are paying all this money to eat rice and green beans because that is the only wheat-free item on the menu. Besides the chocolate pudding which I also can't eat. But the children loved it anyway and thought the food was great, mostly because they were comparing it to their school cafeteria which apparently serves pizza that is so bad that the children bring their lunch every day. Seriously. They hate the school pizza. When I was in school, pizza Fridays were something to look forward to, but the children think that what they are served tastes like cardboard. It must be bad because two of my children are not picky eaters and enjoy things like salmon and ratatouille. But then again, Child 2 doesn't like lasagna, or spaghetti, so what do I know. 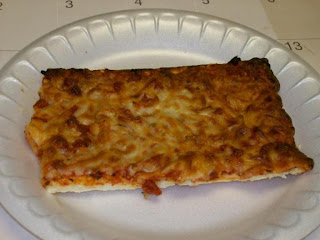 Tonight we are going to see Les Miserables and I will knit through the whole thing. I mentioned before that I had experienced a present disaster. Well, the disaster is of such magnitude that I am still working on the darn Ravenclaw scarf which was the only thing Child 2 wanted for Christmas besides a bunch of books. I had gotten fairly far when I realized the pattern I was using was to put it mildly, wrong. So I had to rip it out and start over. Knitting is one of the only homemakery things I know how to do. Oh, I know I can cook, but I don't count that because that is because I like to eat, not because I have a desire to be a great homemaker. But I hate sewing. Hate it. Hate it. And I can't crochet at all. But knitting, that is another thing altogether. First, I learned in Austria, which is cool in and of itself. Second, you can do it while you're doing other things, and third, it is really easy to fix mistakes and not all of them require you to completely start the project over.

But the thing I have realized is that knitting takes a lot of time and I was trying to do it while Child 2 wasn't looking but that meant I only got around 5 rows done per day which isn't nearly enough for a Harry Potter scarf. So I asked her if I could just knit in front of her and she said OK. So now I'm knitting all the time. I'm a modern day Madame LaFarge. Christmas party at church? Bring out the knitting! Movies? Yep, there too. Picking up Husband at the airport? You got it! And I'm still not done. Good thing she has a December birthday because now it is a birthday present. But I might not finish it by Sunday. Sorry, dear Child 2. When it is done it will look like this. This American family is having a worse day than me. 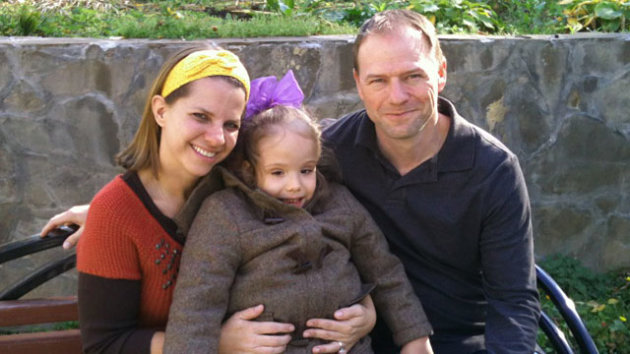 They are weeks away from finalizing an adoption of a handicapped Russian girl when the Russian government passed a bill making it illegal for Americans to adopt Russian children. The bill is purely political and bad for Russian children. But never underestimate politicians' ability to harm children by making a political score. Shame on you, Russia. If foreigners don't adopt these children, just who exactly is going to take care of them? Certainly not your state-run orphanage system. Because of course that is better than a loving family? So thank you, President Putin, for reminding me that courage is better than grandstanding and I hope American politicians will do a better job at putting the needs of children first. Now I'm going to go hug my own and be glad they are not waiting for me to come get them out of a Russian orphanage.
Posted by Jen at 7:08 PM