I'm not angry right now, but I'm going to be if Child 3 doesn't finish her French project which is taking way, way, way too long. The problem is, we don't have instructions, so we're just guessing how many pages she needs for her fashion magazine and I suspect the French teacher is not expecting the level of detail Child 3 has put into her fashion sketches which she is now labeling in French. I also suspect her teacher had no idea how much Child 3 loves drawing fashions. But at least for once she is not complaining about her homework. For those of you who don't speak French, this is une robe rose. 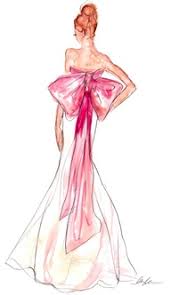 Child 3 googled her symptoms the other day and has determined she has Adult Attention Deficit Disorder which makes me very proud because she is nowhere close to being an adult although she does have a very short attention span. But she does actually have a nasty cold and she stayed home from school today and didn't do her homework. Child 1 also is not feeling well and also stayed at home not doing homework even though I called her and reminded her to do it. She is supposed to be doing Chinese homework, but since I can hear her singing "Tomorrow Comes" from Les Mis, I'm betting that's not what she's working on. The only child actually doing the homework she is supposed to be doing is Child 2 who is practicing her clarinet and the other two are convinced she is my favorite because she never gets in trouble for not doing her homework because she does it. I don't have a favorite, but it is part of the law of mom that if you do what you are supposed to do when you are supposed to do it, you usually don't get into trouble. Child 2 has figured out that doing homework early means more time to goof off later and she had hardly any homework over the weekend because it was already done. I think the other two should take lessons from her on not procrastinating, but maybe they'll get around to it later. A lot later. Maybe never. Ask Husband. (It is sometimes very painful for a non-procrastinator to be married to a procrastinator. Remember how I lied to him on our wedding day so he wouldn't be late which he still denies?)

Child 2 also helped me find wheat-free soy sauce and I made fried rice for dinner tonight. I make awesome fried rice. Really awesome. Better than Chinese restaurant awesome. It helps that I've been making it for 20 years and I've lived in Asia a lot. Fried rice was one of the only things I could cook the first time we lived in Armpit, Asia because Spam and rice were the only things I recognized in the store. Once I bought something I was certain was onion rings and it turned out to be squid so I stopped buying things based on the picture on the package. I know you are wondering why Husband didn't just do all the shopping since he could actually read the package labels and frankly, I am now wondering the same thing. In Armpit, we could buy American canned green beans on the black market but they were expensive, and we could also find spaghetti noodles but no sauce. I once tried to make spaghetti sauce out of V8 juice (which they had everywhere for no discernible reason since tomatoes were not a part of the local cuisine) for a dinner party where husband left me in the kitchen with a bunch of women who didn't speak English and even though he could have translated for me he wanted to hang out with the men and the whole thing was a disaster and rather inedible, especially after a well-meaning woman rinsed the noodles in ice water to make them cold because apparently she had never actually eaten spaghetti before. But anyway, one day I was frying up some Spam to go with my rice and I noticed some strange Asian vegetables in the fridge, so I threw them in with the Spam and it turned into fried rice and it was really a nice change from the plain version I had been eating. So I am very happy to have found soy-sauce I can use that doesn't make me sick and I will be making lots more fried rice in the future. But I stopped using Spam years ago when we left Armpit. I'm not very fond of Spam.

This man in Massachusetts is having a worse day than me. 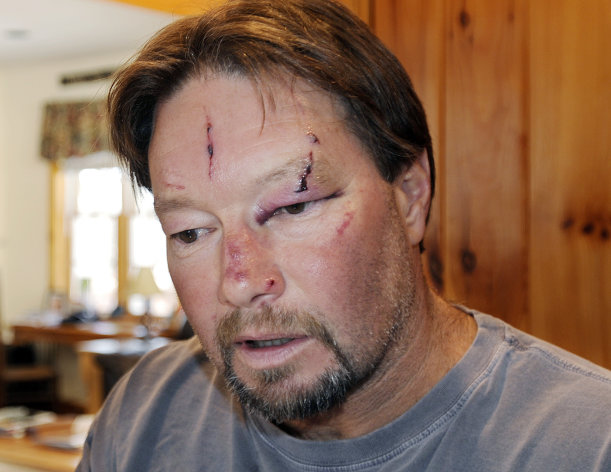 He was minding his own business going into his garage when he was attacked by a rabid bobcat. In Brookline, Massachusetts which isn't exactly in the wild. The bobcat also attacked his nephew and he had to kill it to get it to stop attacking them and now he and his nephew have to undergo rabies treatments which I understand are not very fun. So thank you, Mr. Bobcat thrasher, for reminding me to be freaked out next time I go in the garage and also to be grateful that you can be sure if anything cat-like comes near the house, The Dog will bark at it. And if the bobcat is wearing a little bow on it's head, The Dog might even attack it and rip off its head. Just ask all our Hello Kitty dolls.