A galactic quest. Galaxy Quest to be exact. We wanted to watch a funny movie, and now that Child 1 and Child 2 know more about Star Trek, it's so much more funny to them. "Let's get out of here before one of those things kills Guy!" 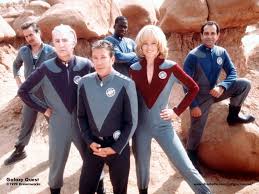 But anyway, I got a lot done today. I cut Child 2's hair and it turned out really cute. Of course, she doesn't like it, but since she told me to cut it just like I did last May but she couldn't remember what it looked like last May, so those were the worst instructions ever. I did my best, but I am not a professional hairdresser and since she insists that I cut it instead of going to a salon, she has to take what she can get. I've definitely done worse, so she really shouldn't complain. Once, I had to take Child 1 to a salon to fix what I'd done wrong and the hairdresser said why did someone cut her hair that way and was it on purpose? No. It wasn't. Sigh.

I don't usually use the same links two days in a row, but these were so good, I just have to use one more. This male model is also having a worse day than me. 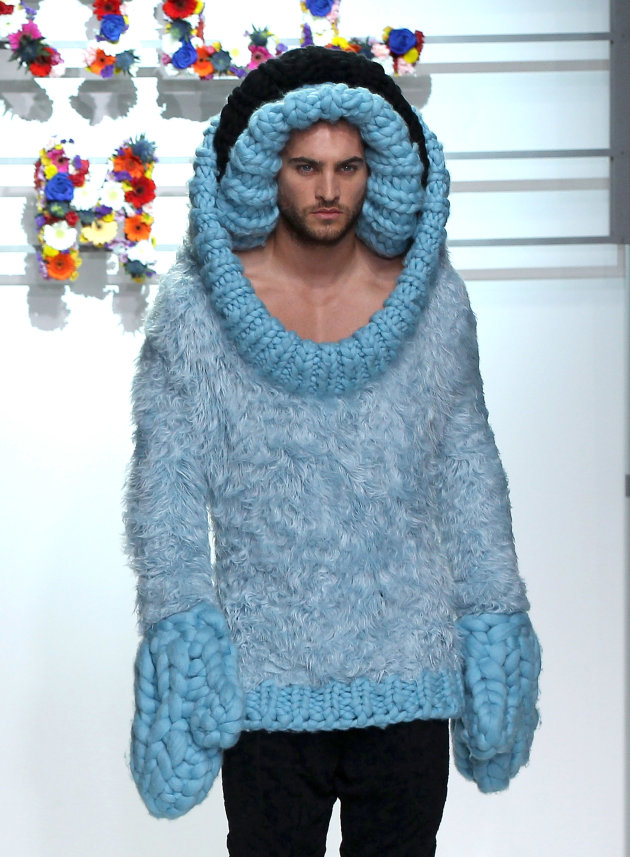 Really? A Muppet fur sweater and oven mitts for mittens? Is that designer British? Or maybe they just hate men as much as most designers hate women. Either that or someone really needs some knitting lessons. Honestly, I understand avant garde, but I would pay money to see someone actually wear this on purpose and not because he was paid to wear it in a show. So thank you, crazy designer, for making me feel better about my own knitting skills. Child 2's Ravenclaw scarf may be way bigger than I intended, but at least she won't look like a fuzzy blue monster from Sesame Street.