Sandy is my new best friend.

Now, I don't love hurricanes and I don't really like violent storms at all having grown up in Texas and being so scared I slept in the bathtub with my Dad's shooting earphones on to drown out the thunder. But I have to say I'm really grateful to Sandy for closing the federal government tomorrow so that I don't have to use another sick day to stay home. I used 4 last week. I haven't been this sick since Korea tried to kill me the first time I lived there. OK, the country didn't try to kill me on purpose, but I caught some horrible e-coli infection and ended up in the hospital for 9 days back when Korea really was a 3rd world country and it was not fun and I really did almost die. This isn't as bad as that, but it's still no fun and I'm a very impatient patient.

School is closed, too, and the children have already made lots of plans for fun things to do when the power goes out which it will probably do because our power goes out all the time even when there is no storm because apparently the US is a third world country, or at least our state is. I however, will be spending the day trying to figure out how to fix the very obvious big chunk of hair that Child 3 cut out of her head. She apparently used permanent marker to color her hair purple and then freaked out when it wouldn't come out with shampoo and thought I would be mad at her so she cut it off. Because apparently that is less noticeable than purple? Seriously children, stop trying to hide things from me. It's completely futile.

My friend "Rachel" in Hawaii sent me a link to a story about this woman in China who is having a worse day than me. 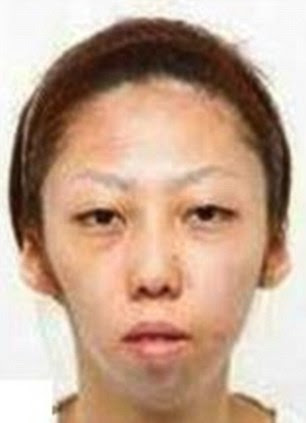 She had lots and lots of plastic surgery before she met her husband and ended up looking like this. 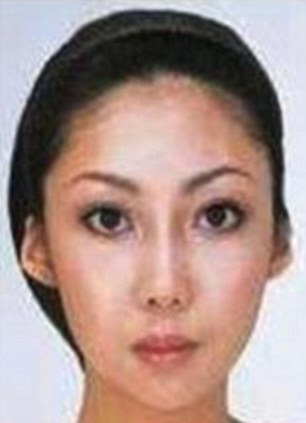 I personally think she was pretty enough before the surgery, but I am not a Chinese man or her husband who was so angry when she had a baby that didn't look like her that he first accused her of adultery and after she explained about the surgery, he sued her for divorce and damages and the judge agreed with him! Now, I'm not a demographer, but from everything I've read, this man has no right to be very picky and ought to be grateful that he has a wife at all since they are pretty short of women in China. So thank you, Mr. Picky, for reminding me to be grateful that Husband loves me no matter what size I am or how bad my hair looks. I hope you have a lot of money because that is what it will take to get a new wife. And to the ex-Mrs. Picky--he's not worthy of you and I hope you got custody of the baby.
Posted by Jen at 11:18 PM