One of the things that really stinks about unaccompanied tours is not being in the same time zone, or even being a decent number of zones apart (9 1/2!) so that you can figure out when to pick up the phone and call. And when you have three children, there are multiple times of the day that you want to call because they do something funny, or they are driving you crazy, or their teacher called and asked if they were ever going to turn in any homework during the year and it might be nice if they did it soon before the grading period ends. And then of course, because you miss him.

I miss Husband like I never thought I would. We'd been separated before by TDYs which is government for a temporary assignment. The worst was when he went to North Korea for two weeks on a food assessment trip to measure the upper arm circumference of children to see if they were malnourished. They were, but not starving to death, thank goodness. But anyway, during that trip there was no communication at all and it was hard because some very troubling things were happening back in Korea and I so wanted to call, but I couldn't and I couldn't even e-mail. But that was only for two weeks and although I usually miss him, the deep dark secret is that sometimes I liked it when Husband went away because we could eat all the foods he doesn't like, like corned beef and cabbage or have ice cream for breakfast, or smoothies for dinner. And I could also watch all the Merchant & Ivory films I wanted on Netflix and never once have to watch Hawaiian flower documentaries. Or Korean films which either scare me to death or are the worst comedies ever made. I seriously don't get Korean comedic cinema. Must be a language thing. 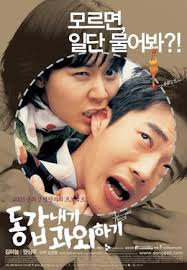 But this separation is infinitely worse in so many ways. First, because he is in a war zone which, if you follow the news, which I do, appears to be disintegrating rapidly and it makes me nervous. But also because it is so. much. longer! The time when he was away for three weeks and I was pregnant and had a toddler and was so exhausted all the time and he called to say they had upgraded him to the presidential suite and he had a butler and I said "send the butler here! You're not the one who is pregnant!" That was a bad time, but nothing at all compared to this. And people are so full of helpful advice like "don't bother your husband with things at home because he has more urgent things going on." Well guess what? His urgent things are temporary and mine will last for the rest of our lives and will still be urgent even after they move out of the house and hopefully take The Dog with them.

And then there is Skype which works some of the time and gives us just enough contact to put a band-aid on the wound but not enough to heal it. And because we can Skype, Husband thinks he doesn't have to write, he can just say what he wants to say and it will be enough. Except it's not. Talking is not enough because you can't go back and replay the Skype video where he says he loves you when you're tired and discouraged and depressed, so I go back and read his e-mails over and over and they say things like "are you at your desk?" Or "Did you pay the newspaper bill?" which is so not romantic but it's all I have. Until today when He wrote to say that he was working on the hotel reservations for his next R&R and wrote something at the end that made me cry. Just six words, but it made me cry and I will read them over and over and over. Because he loves me. I have proof!

Julianne Moore is having a worse day than me.

Her townhouse was broken into while it was being renovated and the thieves made off with $127,000 worth of jewelry. That is some very expensive jewelry she lost. My first house didn't cost that much! But thank you, Julianne, for reminding me that sometimes it is better to be middle class than filthy rich because if thieves stole all my jewelry, they might be able to buy a clock/radio with the proceeds. So good luck Julianne. I hope your insurance kicks in quickly, although since you make 10 times that for one film, maybe it won't matter.
Posted by Jen at 9:36 PM