Child 1 is mad, really mad. Slamming doors mad. Stomping around the house mad. For once, I am not the object of her wrath--the healthcare system is. You see, I went to the specialist today to find out what is wrong with me. I really am losing weight because I can't eat anything but oatmeal and mashed potatoes. I've lost 8 pounds in a week and a half which I'm not sad about but is a little worrisome since I have been trying to lose weight for several decades now and I didn't go on the oatmeal diet on purpose. So the doctor asked me lots of questions and got very worried when I told her about the weight-loss and had me schedule some more tests--for December. And not the beginning of December either--this test date is much much closer to Christmas than I would like although if Husband manages to come home for Christmas, this will be payback for the time he scheduled Lasik on Christmas Eve and then was in bed until after New Year's. He still owes me big for that one, not including the bevvy of holidays he is missing this year.

Anyway, I think Child 1 is tired of me being sick because she is very, very angry that I couldn't get a test before December and she stomped off and slammed the door. She rather has a point. If I continue losing weight at this rate, by the time my examination date in December rolls around, I will weigh less than I did when I was in elementary school, and I wasn't that chubby back then and I was a lot shorter. And besides not being thrilled to think I have to feel this way for two more months, if I lose that much weight, it is going to cost me a small fortune in alterations because I don't know how to use office supplies to take in pants. Maybe staples? 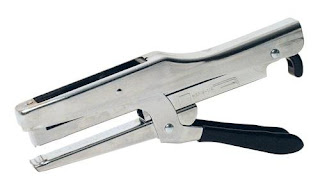 The children are back from trick or treating and we have a LOT of candy left. It helps that I'm still buying like we live in Korea where Halloween was an excuse for everyone who knew an American to dump off their kids on the base and get candy, even if they can't say "trick or treat" in English and didn't bother with a costume. So we have enough chocolate to last Child 1 for a good long time, which I suppose was the goal all along since I told her she's too old to go trick or treating.

This former congressional campaign manager is having a worse day than me. He decided during the worst part of Hurricane Sandy to get on twitter and spread false rumors about the damage, I guess as a "joke." Ha, ha 'cause the joke's on him and he lost his job when people found out who he was, which they always do. So thank you, Mr. Clueless Idiot, for reminding me to be grateful that I only tweet poetry and that I'm not stupid enough to make fun of a devastating hurricane. Good luck finding a new job in politics, until someone realizes what a good liar you are and remembers how good that is for politicians. Sigh. I hate politics.