My house is full of girls. It normally is full of girls and Husband complained that even The Dog is a girl and he is outnumbered, but since the fact that we have only girls is entirely his fault, biologically I mean, then really he has no reason to complain. But it is even more full of girls tonight because it is Homecoming and Child 2 isn't going to the dance, so she is holding an Unhomecoming party instead and has invited lots of friends and they are having a marvelous time not eating the pizza I bought and watching something loud upstairs that may or may not be Phineas and Ferb which is one of the Disney shows that I don't mind so much because the person they are always rude to is the older sister, and she rather deserves it. 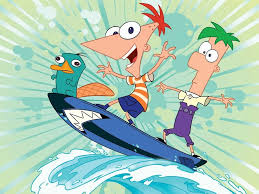 Child 1 is at the dance with friends and Child 3 is hanging out with the older kids pretending she is one of them and having a marvelous time. They are a good group of girls and there is not a mean one among them. I'm trying very hard not to raise mean girls and I think it's working because they are all remarkably kind and helpful and I love being their mother.

Artemis, Child 3 and I drove out into the country in the morning to a farm that grows an amazing variety of pumpkins. I had no idea there were so many different kinds of pumpkins--green, yellow, red, white, gray. Gray! Some of them looked like they were moldy, but they weren't that was just the variety. Artemis got one that looks like a big red lemon. I got four, normal, orange with warts, red and fat, and a "ghost" pumpkin with warts. It's a ghost because it is very pale, although not quite white. Here is a picture of pumpkin varieties. I think we saw most of these today. 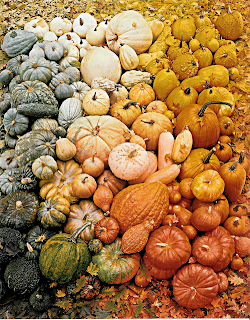 The problem now will be what to do with the pumpkins. Oh, I know, we'll carve them, but how is the question. You see, I'm not actually very artistic. In fact, I used to say that I'm craft impaired although since then I actually got a job in a craft store where I had to do things like make bows and I burned my hands every day and I still have the scar from where I almost cut my finger off. But none of that involved drawing which I really can't do. So now I will spend the next two weeks combing the internet for ideas for pumpkin carving and when it comes right down to it, I will carve an incredibly boring, normal jack-o-lantern that looks like a 3 year old drew on the pattern. When I had a three year old, I used to blame the bad pumpkins on her, but now that they are all older and more talented than me (not older than me, please!), everyone will know who carved the slightly stupid-looking jack.

This woman in Dallas is having a worse day than me and she completely deserves it. 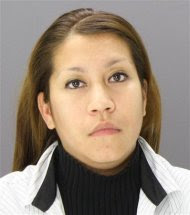 Doesn't she look mean? She superglued her two year old toddler's hands to the wall as a form of punishment. She was arrested and sentenced to 99 years in jail, which frankly is the minimum amount she deserves because that wasn't the only thing she did to that poor innocent child. So thank you, Texas State District Judge Larry Mitchell, for standing up for children who can't speak for themselves. Now I'm going to go hug mine and be grateful that no one ever hurt them that way and as long as I'm alive, no one ever will.