It's cold and raining and gray and fall has finally arrived so we spent the day inside. I only left the house to walk the dog in the morning and it was really chilly and wet. But after the summer we had of 100 degree weather, it was refreshing but not nice enough for me to want to be out in it. 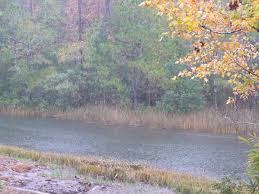 So we spent the day inside. We had crepes for brunch and then we made roast beef for dinner in my fabulous pan that makes everything taste better. And cookies for dessert while we Skyped Husband, because contrary to advice from other people about not bothering Husband with the mundane, we Skype with him at least once a day and sometimes two or three times on the weekend and we just sat in the room chatting and the children were complaining about their stupid spirit week costumes and how were they supposed to dress up like a board game and whose lame idea was that? And it was normal and natural and felt a little bit like he was home and a part of everything except he couldn't see that The Dog was licking the carpet again.

Honestly, I don't understand dogs. Why does she lick the carpet? There are two spots in the house that she licks over and over again. One is under the computer upstairs, and one is on Husband's side of the bed. Nowhere else but those two spots. Husband's theory is that she likes the smell of feet, but none of us sit at the computer with our feet on the ground because our feet don't reach the ground or we are teenagers who have our own computer and why would we use the family one when we could be in our room with the music blasting? So unless The Dog can still smell Husband's feet on the carpet after almost three months, then it must be something else like someone spilled something on the carpet and doesn't want to confess and will try to blame it on the children when really they were the one who put a big root beer stain in the middle of the living room. (Yes, I'm talking to you, Husband!) But since no one will ever confess, we may never know.

This man in London is having a worse day than me. He was chased up a tree by a deer in the park.

First, who knew they had such big deer in London parks? And second, having personally been chased by a moose when I lived in Norway, I can tell you that it is really scary. Those antlers look very pointy and that buck is pretty angry. So after he climbed up in the tree, the deer ran away and the police helped him down from the tree. So thank you, Mr. London, for reminding me to be grateful that I have never been to that park. We have deer in my town, but I have The Dog and I'm pretty sure she could take down a deer, or at least she would think she could and for being a very small dog, she has a very big bark. Maybe The Dog is good for something after all.
Posted by Jen at 11:24 PM