Child 2 wants something and I said no and she won't drop it and she is driving me crazy! Child 1 told her that it's no use arguing with Mom because she always wins, and still, she is pushing it and won't give up and keeps bringing the thing up over and over and over and I'm about to lose my mind. It's about to send me over the edge.

So to make myself feel better I am eating the last of the cheesecake and watching Magnum P.I. Don't judge. I am learning a lot. Like that they keep referring to Five-0 and Magnum occasionally says he is "McGarret." Also, Miguel Ferrer is Jose Ferrer's son, which I had no idea. Also, Miguel Ferrer was really good looking when he was young. He is in the upper left in this picture. 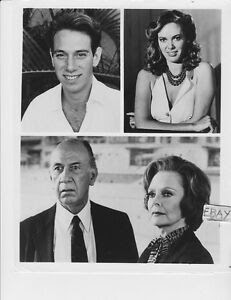 Also, his mother is Rosemary Clooney which makes him George Clooney's cousin. I wonder if he can sing? Miguel, not George. Who cares if George can sing? I just want to look at him.

Child 2 has forgiven me enough to participate in our weekly movie night, so we are watching The Princess Diaries. I had no idea Mandy Moore was the mean girl. Also, why does she dump the cute boy in the next movie? I guess we'll have to watch the sequel to find out.

This third grader in Michigan is having a worse day than me. He and his mom decorated cupcakes to bring to his class to celebrate his birthday. Because he is a little boy, they put plastic army men on them like this.

Not my favorite choice, but then I only have girls. For a little boy's birthday they are perfect. Even the school secretary said so when his mom brought them in. However, someone in the principal's office disagreed and they confiscated the army men because they were "insensitive" after Sandy Hook. Now, Sandy Hook was a horrible tragedy. I was horrified along with the rest of America and my heart still hurts for all those parents who lost their precious children. But the school that got all bent out of shape is in Michigan. Sandy Hook is in Connecticut. Also, those army men are characters in the Toy Story movies which is what most of the children will associate them with. And also, if they have good parents, Sandy Hook is only a foggy thing on the horizon that they have no real knowledge of because they are 8 years old. So thank you, Principal Over-reactor, for reminding me that zero-tolerance is a ridiculous policy in child rearing and that children ought to be allowed to be children. Now excuse me while I go hug Child 2 because I feel bad about being annoyed with her. But she is still not getting the thing that she wants. Sometimes, a parent must put her foot down. If only Husband were here to back me up.
Posted by Jen at 10:13 PM