We all wore green today. Except The Dog. We don't have a St. Patrick's Day costume for her. We ate our traditional Irish boiled dinner of corned beef, cabbage, carrots, and mashed potatoes. We also make a green jell-o salad with pears and creamed cheese and whipped cream. It was delicious and completely gluten-free. If I could only eat like this every day, but the cafeteria at the Department never has delicious jell-o salad. Mine looks like this only without the fancy mold. I need a fancy gelatin mold. And a food processor, but that's another post. 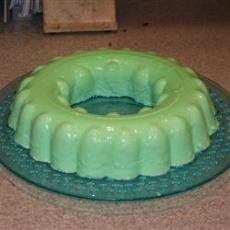 We had another shredding party tonight. The children are fascinated with the shredder and I'm happy to let them do all the work. I know eventually they will get tired of it, but maybe we will get through the box by then, or at least most of it before they figure out that shredding can be a chore.

Will someone please explain to me why I have the song "Old Dan Tucker" running through my head? I haven't heard it in years and I don't even know all the lyrics. I had to look them up because it's driving me crazy to have the tune in my head and not know the words. Also, in my head, it's inexplicably sung by Loretta Lynn. I'm losing it. I must be. Maybe I've already lost it and I don't know it. Husband is going to come home and I will be a crazy lady with leaves in her hair running around in a nightgown singing folk music. I'll have to buy a nightgown first, though. Crazy women wear flannel nightgowns and I don't have one. I refuse to be a lunatic who is not dressed for the part.

This man from Atlanta is having a worse day than me. 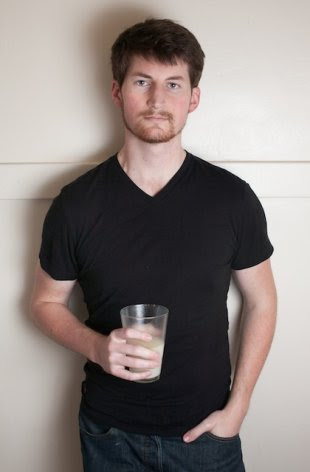 I know, you are thinking, that he looks very normal. Except see that non-descript beige milky drink in his glass? That's his dinner. And breakfast. And lunch. He decided that shopping and cooking were too much trouble, so he invented a nasty what he calls delicious nutritional drink (and named Solyent like that one in the Sci Fi movie where it was made out of people) which is supposed to have all the nutrients you need in it in order to live. He claims he is healthier that he has ever been, lost 13 pounds in one month, and he doesn't miss food at all. The problem is, he's a young guy, and they tend not to have taste buds anyway. I much prefer to cook a variety of foods and exploring new recipes is one of my favorite hobbies. So thank you, Mr. Soylent drinker, for reminding me to be extremely grateful for the leftover corned beef in my refrigerator right now. I might just have some for breakfast tomorrow. Way tastier than an odorless beige drink. Soylent! Only a ma could think that was a good idea.