Child 3 has hives. I thought that's what the rash was, but I wasn't sure. We're hoping it's the new shampoo she's trying and not food. Please let it not be a food allergy. I left work early, again, and took her to the doctor and then went to visit with my friends at the pharmacy. I don't have to spell my last name anymore. They just know. We're buds.

My old friend nausea was back today. For lunch, I had a gluten-free cookie and a root-beer barrel. However, the good news is that yesterday I discovered the baked potato bar in the Department, so now I don't have to eat sushi for lunch every day which I was doing because I was really sick of mashed potatoes. So this will be my lunch every day for a while, except mine will have tomatoes on it, too. 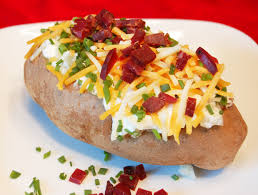 I'm firing the maid service tomorrow. They've gotten lazy and hardly clean anything anymore. My neighbor recommended someone else who we tried today and she was amazing, although she only speaks Spanish which I understand a little bit, you know, having watched Sesame Street and all. So I can count and say "open and close" which is not very helpful but I actually understand some of what she says so she talks at me and I nod and point and answer in French. It will all work out somehow, I'm convinced. Either that, or Child 3 will get really good a Spanish really quick. Child 1's Mandarin and Child 2's French won't be that helpful. Neither will my fluent Norwegian. You would think that after years in the Foreign Service, some of us would speak the same language, but you would be wrong. Five people, seven languages, and the only one that all of us understand is English.

Lindsay Lohan is having a worse day than me, again. OK, her days are probably always worse than mine because mine never involve being arrested for anything or wearing an ankle monitor. But she borrowed a designer dress worth $1750 to wear to a charity thing which meant she was supposed to return it because she didn't pay for it. After the party/gala/fundraiser/whatever, she went to a nightclub and tore the dress, so instead of doing the sane thing which would be to go home and change, she cut it off. Into a mullet. Because she isn't in enough trouble already? 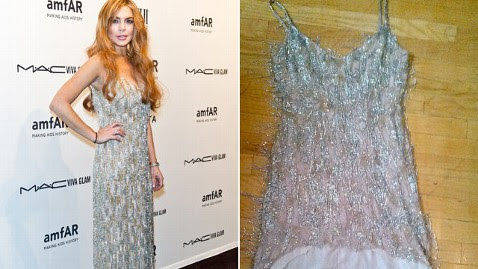 So thank you, Ms. Lohan, for reminding me to be grateful that I have never ruined (or worn) a $1700 gown. I may have stained a few things of Sister 1's when we shared a room and clothes, but I never, ever cut off one of her dresses. And seriously, lay off the plastic surgery. You look older than me. And good luck borrowing dresses in the future. Who is going to loan you anything now?