I spent all day working on my EER and I have one paragraph done. And it's not even that good and has one tiny thing of substance in it. I am a good Southern girl and I don't like bragging about myself and that is exactly what these employee evaluations are--big brag letters like those ones you get at Christmas where all the children get perfect scores on the SATs and someone gets into Juliard and someone is valedictorian at Harvard and the bad child only goes to Johns Hopkins. And they have a brand new mansion and all took a cruise around the world for vacation. Those kind of letters. So that is what I have to write for myself and I hate it and that's why I only have one lousy paragraph.

The rest of the day was hectic with lots of running around and half accomplishing things including sort of going grocery shopping and sort of making dinner and kind of making Child 3 do her homework. And I kind of did the laundry, too, if matching and folding a few pairs of socks counts as doing laundry. My pile of socks is only a little larger than this one. 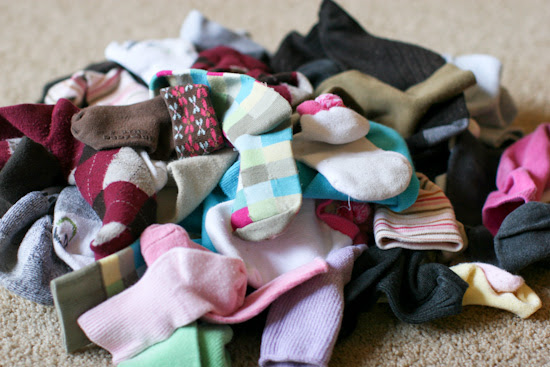 I've put it smack dab in the middle of where Husband normally sleeps, so I have a couple of months to get it done, although I think some of them lost their mates several moves ago. I expect someone in China is thinking, how did we get all these pink socks with no mates? I should just throw them away, but I keep hoping the matches will magically show up. Or maybe what I should really do is just make the children put them away and wear mismatched socks. Since the school thinks I'm irresponsible and lazy anyway, unmatching socks won't make much of a difference.

This man in Hawaii is having a worse day than me, and it is his own fault because he obviously has never read John Le Carré, or Daniel Silva, or Tom Clancy. How can you work for a defense contractor and not have read Tom Clancy? I thought it was part of the job description.

But anyway, he fell for a classic "honey trap" in which a pretty foreign agent convinces a sad middle aged man that he is a babe magnet and then gets him to give her classified material. Now, I am a rather dumpy old mom who has been married for a long time and I am not delusional enough to believe that someone I meet at a conference who is way hotter than me would be actually interested in me as a person and not as a passport or a bunch of classified information. Sadly, there are people who are exactly that delusional and this guy was one of them. I don't know what his Chinese girlfriend/spy said exactly to get him to give her state secrets, and I hope I never find out. Whatever it was, it wasn't worth it because a) they are no longer together and 2) he is probably going to jail for a long, long, long time and it won't be in Hawaii. So thank you, Mr. Spy, for reminding me to be grateful that I will never commit treason and get locked up for the rest of my life because my Chinese girlfriend manipulated me into spying. I hope you like the snow, because the Supermax prison where you are going is high in the mountains and very, very cold. It's the opposite of Hawaii. Didn't think about that when you were passing along vital American secrets to your hot girlfriend, did you?

And brownie points to anyone who gets the reference to one of my favorite TV shows. I miss that show. Also brownies.
Posted by Jen at 9:11 PM