Bad Day 304--I would never put time in a bottle

For some reason, that song about putting time in a bottle is going through my head. I would never bottle time, because the children would drink it all and then I would still not ever have any time and they would have loads. Also husband would steal it because he is a drink thief. Never, ever let him take a "sip" of your soda unless by sip you mean most of it all in one gulp. And he never gets a drink at restaurants that have free refills because he can just steal share yours. Ask the children. They will completely back me up because that is exactly what they told Husband's parents when they came to visit.

But the children themselves are drink thieves. I love Vernor's ginger ale.

It's a family thing but it's delicious and I buy diet Vernor's by the case and I hardly ever get to drink a single can. Not one! And why? Because the children like to open a can, take about five sips, and then leave the rest to go flat. Drives me insane! But I never had very far to go.

Today, I read an article that talked about moms and stress, and guess how many children the moms who had the most stress had? I knew before I even read the article. It is three. Apparently three is worse than two and four or five is better than three. Three is just enough to outnumber you and is the critical mass where you can't keep everything under control, although with my children, control was only ever an illusion anyway. If they could ever manage to work together, they could mutiny and completely take over, but since they fight among themselves so much, I can still pretend I'm in charge. Illusions can be important to keeping your sanity.

In yet another episode of "Men Behaving Badly" the spokesman for the South Korean President is having a worse day than me, and yet again, he deserves it. 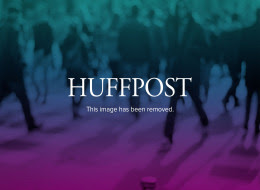 See that look on his face? That look is one of great personal shame. If you have ever watched "Lie to Me" then you know what I'm talking about. Here are some more examples of people Mr. "Groper" has a lot in common with.

Mr. Groper was fired because he came to the U.S. with President Park and assaulted an intern. Maybe he thought that all interns were like Monica Lewinsky, but he forgot that 1) that was 15 years ago, and 2) he is not Bill Clinton and the intern certainly was not Ms. Lewinsky, and 3) he works for a woman who wouldn't be so thrilled with his behavior. So the intern called the cops and Mr. Groper was arrested and then fired. Publicly. As he should be. So thank you, Mr. Groper, for reminding me that all it takes to bring down a jerk like you is for one brave woman to stand up. Ms. Intern--you rock!
Posted by Jen at 12:10 AM