Husband is home. We picked him up this morning and we are so happy he is here. But I am still sick, and my cough drops are mocking me. I noticed for the first time today that they have stupid little messages on them like "give yourself a high five!" because that is exactly what I want when I am feeling like I've been hit by a truck and my nose is a faucet and my head is going to explode--some dumb cheerleader message on my medicine. I need new cough drops.

Child 1 has informed me that bow ties are now cool. We got into this conversation because Niece 1 mentioned someone was wearing one at a wedding and I said that worried me. Apparently, I have underestimated the cool factor of bow ties because they are "very Downton" and quite popular with people not in my generation. So when Child 1 and Niece 1 think about bow ties, they imagine this.

I, on the other hand, imagine this. That is Senator Paul Simon, for those of you born after the 80s.

Senator Simon was a nice person, I'm certain, but he was no Matthew Crawley. Husband had a bow tie once which he liked to wear and I hated. But maybe I'll have to re-think the bow tie disdain. Still, I think they probably are only cool on people under 30 which Husband is not. Neither am I, for that matter, but I am not trying to pull off a bow tie.

This soccer player in Russia is having a worse day than me. 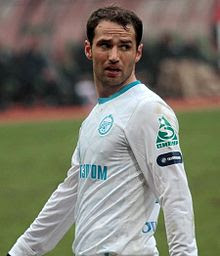 First, he tweeted something that made his fans mad. Then they booed him at the beginning of the game. Then, when he scored the winning goal, he dissed his own fans with a rude gesture because he was mad at them for booing him. Then the umps ejected him from the game. So thank you, Mr. Rude Footballer, for reminding athletes everywhere that biting the hands that feed you is never a good idea. You are not bigger than the game, and you will look pretty stupid if people stop paying for tickets to see you play. Also, you will be broke. I hope you remember that next time your contract is up for renegotiation.