We are having a language problem at our house again. Apparently, when I say something, the children don't understand what it means, so they do the complete opposite. For example, I told Child 3 to go get her homework folder, so she went and took a nap on the couch. So I have decided to write my own dictionary of commonly used terms so that they will be able to understand what I mean when I speak to them in English. Honestly, you would think I was speaking Norwegian (which I can, but I don't because they don't understand it. But then they don't understand English apparently, so maybe Norwegian would be better.)

Not now:  Not at this moment. Maybe, in the future. But not if you keep asking me and really stop asking or it will turn into a "no." (See below.)

No:  Not now. Not ever. No means no. It doesn't mean maybe, nor does it mean really yes if you keep bugging me. This is a hard no and once I have said no, I am not changing my mind. Ask Husband. Or any of my many visa refusals. Repetition of the question or "please" is going to get you a "really no!" (See below)

Really No:  Don't ever ask again. Ever.

Maybe later:  Contrary to what you may believe, this is a possible yes. But not if you keep asking because later doesn't mean now. (See below)

Go get your homework:  Your actual homework. The stuff your teacher assigned you. Not the Wii, or your iPod, or a snack, or your blanket, or some knitting. Your homework.

It's time for dinner:  Now. (See below.) Not later. Right at this second and if you don't come now, then we will eat without you and no, I won't save you any.

It's time for bed:  Now. (See below.) Definitely not in an hour or after you have watched five episodes of that show on the Disney channel that I hate but not before you walk The Dog.

Now:  Not in 5 minutes or after your snack or when your TV show that you have watched 10,000 times on Netflix so that you can quote each line is over. Right this second.

Cut it out:  Stop. Don't keep going. If you keep going then Yelling Mom might show up and we all hate her, so really, just stop.

Are you kidding me?:  Mom is angry and you had better cut it out. (See above.)

I love you:  This one is tricky. It has many, many meanings including I am proud of you, I am stunned by how amazing you are, and you have no idea how much faith I have in you.

Husband is arriving home tomorrow for his final R&R, so there are lots of people having a worse day than me, despite my being really, really sick. But I think Pat Robertson wins. 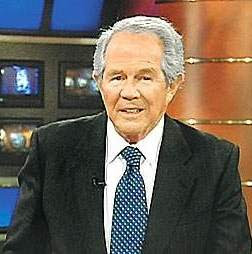 For those of you who don't know him, he is a Televangelist which basically means he is a preacher on TV. Now, Mr. Robertson is very popular and a lot of people call into his show for advice. One woman called and said she was having trouble forgiving her husband for cheating on her. And he told her first that her husband is a man and men like to wander. And then that she shouldn't complain if he was handsome and provided a good living. And then he said that she should be a better homemaker and make the kind of home he wouldn't want to leave. OK. I think I need charts to explain how wrong all of those statements are. But thank you, Mr. Robertson, for reminding me to be grateful that when Husband left me, it was for Afghanistan. Not all men wander, you know, and your advice has mad you a laughingstock, and rightly so. And to the woman who called you, I am sorry you are going through this. Have your husband call me and I will give him some advice about making you a nice home.