Child 3 and I are panicking while Husband is trying to stay calm. This is our normal pattern. I am not normally the calm one but since he's been gone, I have been. Now that he is back, things are a little bit the way they were before. Only this time I am trying to remain outwardly calm while Child 3 is rolling around on the floor moaning. We are panicking because it is 3-d model making time in 5th grade and we have to finish a model of a beluga whale before Husband leaves again. Because if we don't do it while he is here, we will get a bad grade and by we I mean Child 3 and she really, really doesn't want a bad grade and I really, really have no idea how to make a decent model of a beluga whale. So Husband needs to come through on this one and Child 3 and I need to not panic. This is what a beluga whale looks like. Apparently, they like to photo bomb. No, it is not eating the children.

Speaking of not panicking, when you ask Siri (the iPhone voice whom Child 1 has turned into an Australian--no, I don't know why) what the meaning of life is, she says 42. Obviously the Apple programmers are Hitchhiker fans. And if you do not know what I am talking about, then you are missing out. Artemis will know. Sister 2 knows and I know Brother knows. Now where is my towel?

I'm not feeling well, so I will spend the rest of my blog today posting funny Tumblr pictures of cats depicting foreign policy. This one is my favorite. 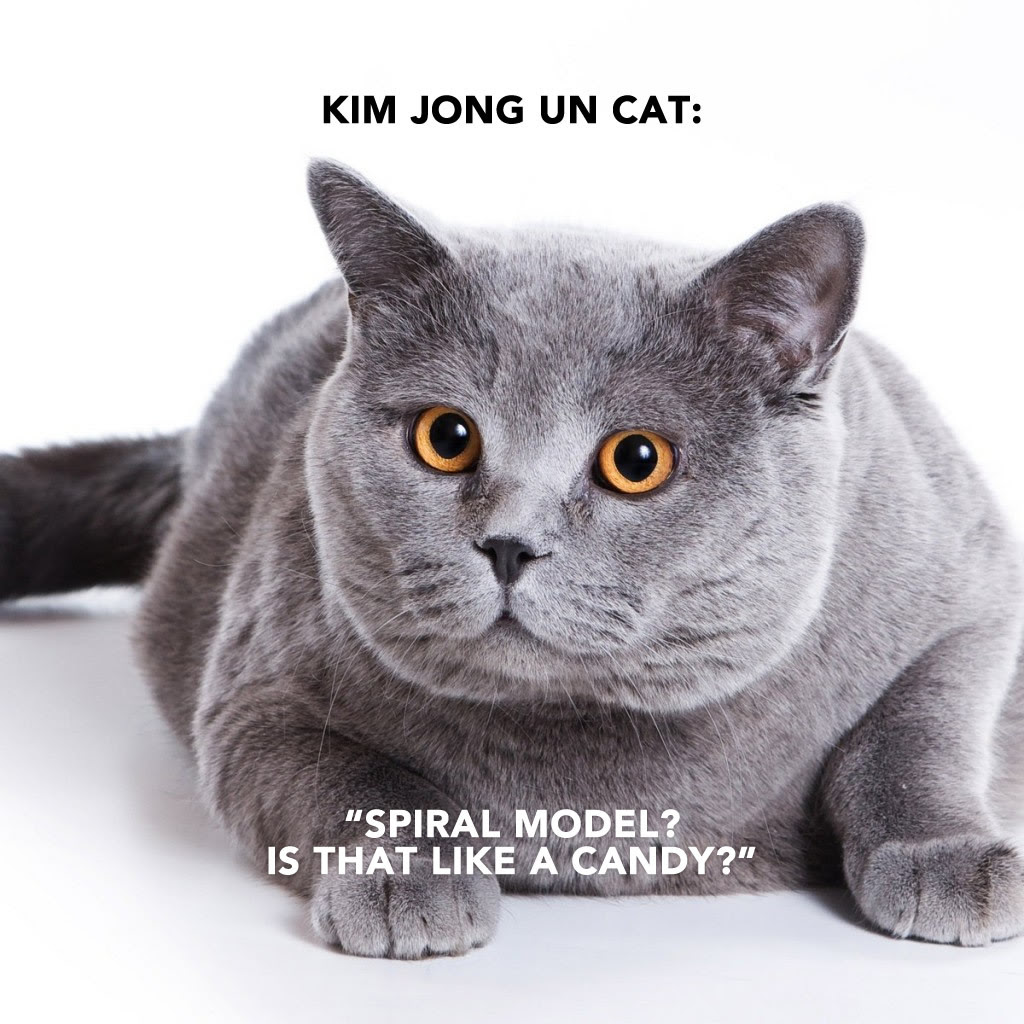 But this one is also good. 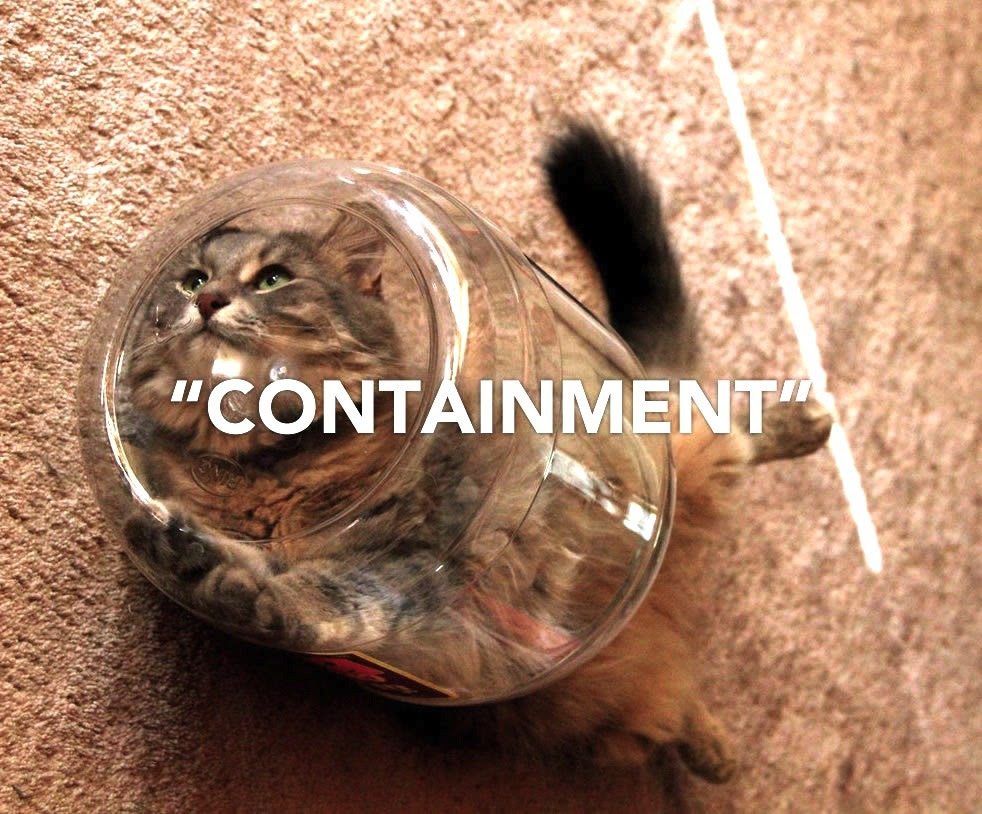 But then there is this one. If you follow this blog, you may remember when the Taliban had a worse day than me. 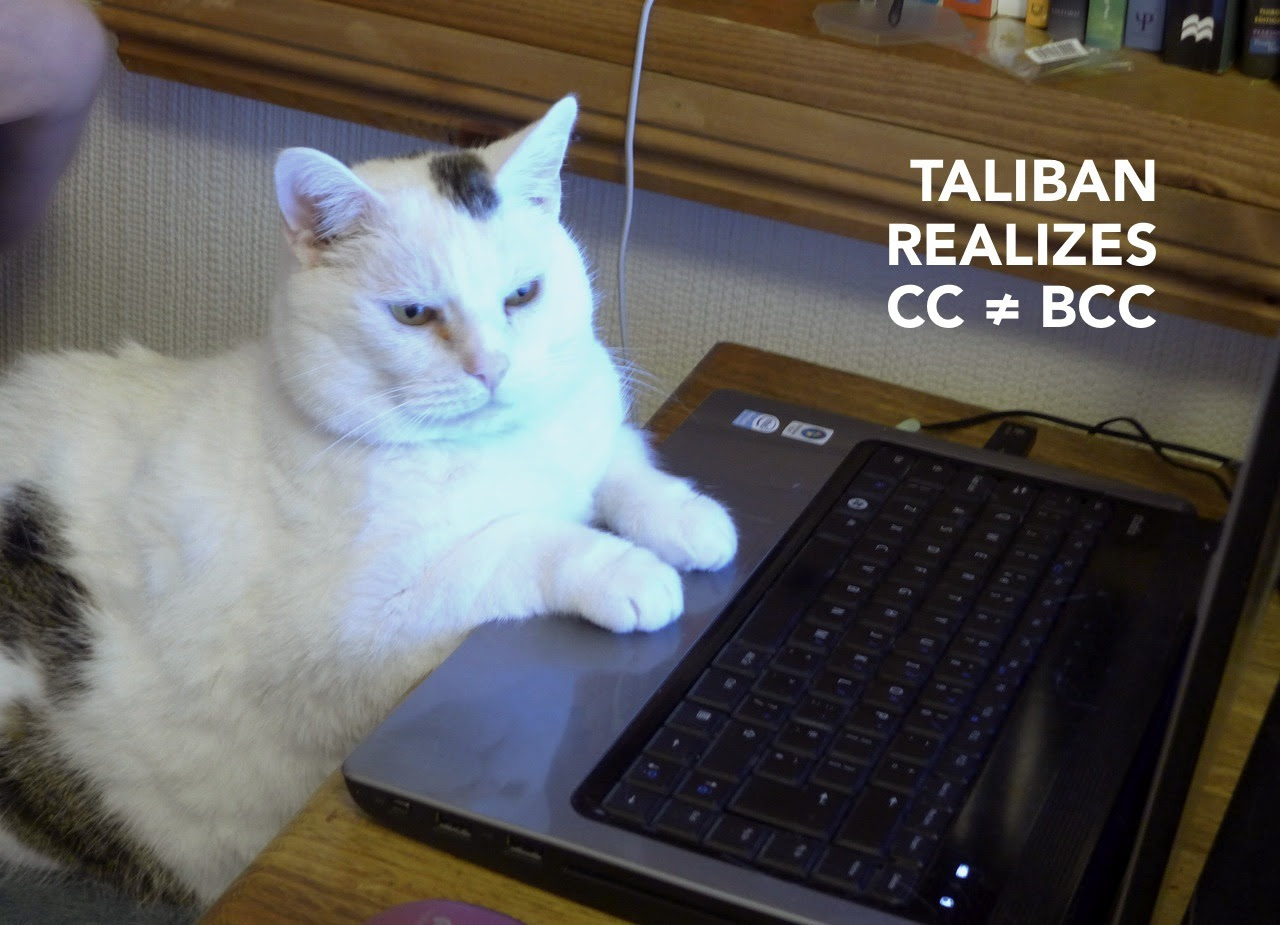 There are more at this site which I discovered today. I will warn you that there is some language, and if you are not a foreign policy geek, then you might not get all of them. My friend "Jonas" in Moscow who loves cats will love it. So will Sparrow. Can you tag in a blog because I should totally tag them. Jonas and Sparrow, you're it!

Guido came through again today with this story about a man in New Jersey who definitely had a worse day than me. He was just going about his business doing his job in the warehouse where he works when 1500 pounds of pineapples fell on him. He's in stable condition, so maybe he'll be OK. But thank you, Mr. Dole, for reminding me to be grateful that I will never, ever by crushed by tons of pineapples at my work. By a crushing load of work--maybe, but not pineapples. That would hurt because they are spiney as well as heavy. Get well soon! And Guido, if you see a load of pineapples hurtling towards you, get out of the way!
Posted by Jen at 9:27 PM