We're watching the Oscars. We missed the red carpet because we were having dinner with some new/old friends--someone whom I was a missionary with in Norway back in the day and I work with now in the Department. It was a lot of fun and they were even polite when I made them look at pictures of me in Norway.

Missing the red carpet is actually the way to do things because I don't think they could possibly make those arrival scenes any more boring. I mean, I love fashion, but hearing over and over again how great people look when they are all wearing the same exact dress gets old. I miss Bjork's swan dress. At least that was interesting.

Child 1 wasn't interested at all in watching the Oscars until Captain Kirk showed up and then the promise of the Avengers had her hooked. I am happy because we have actually seen three of the Best Picture nominees this year. We loved Lincoln, and of course Les Mis is now sung daily in our house, but everyone knows I am routing for Argo. My boss is also routing for Argo, which may be the only Oscar nominated movie to ever mention the Department and not have the words "those weenies" in front of it, as in "those weenies from the Embassy." It's nice to be the hero for once and  not the cowards who won't help the protagonist, which is what we usually are. The Secretary is so happy, that he even tweeted about it. 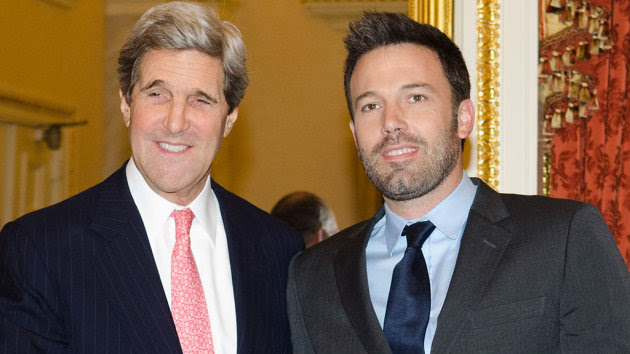 I think they might even give Ben Affleck a real badge and let him roam around whenever he wants.

Life of Pi, which we haven't seen is now a swear word in our house because the children are "so tired of this movie" and are angry that their favorites aren't winning. Child 1 says having Chris Evans in a movie alone should guarantee best visual effects. I think I agree. Here is a picture of Chris Evans, who I have to admit I didn't recognize in his tux, but in my defense, he is most recognizable with his shield. 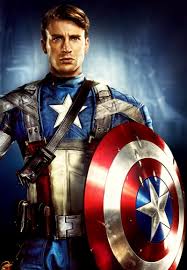 People in Guam are having a worse day than me and this is the culprit.

Apparently, the island is infested with brown tree snakes which came aboard ships during WWII and decided the island was a great place to be and are now taking over. So authorities have decided to airdrop dead mice filled with a painkiller that is toxic to reptile all over the island. So now, not only do you have to worry about snakes in your backyard, it also might rain dead toxic mice on your picnic. So thank you, residents of Guam, for reminding me to be grateful that The Dog would never let a snake in my yard and I don't have to be worried about dead mice bombs. Really, the snakes would be better. I've got the willies just thinking about flying dead rodents.
Posted by Jen at 9:35 PM