Genevieve and her family are moving to Armpit China on Saturday and I'm really sad to see them go. This is the third place we've lived close to them and it's been nice to have them nearby. But because our paths keep crossing, I'm sure we'll see them again. Maybe sooner than later.

Today was a considerably less purple Sunday, mostly because I'm still sick. I spent the day making a potato dish I thought might replace my exceedingly delicious homemade macaroni and cheese, but it can't because apparently cream of mushroom soup has wheat flour in it and the new potato recipe calls for some kind of condensed creamed soup. Then I spent hours looking for gluten free soups online and I am astonished at how few there are. Looks like if I have celiac disease, I will be making a lot of things from scratch. Good thing I like to cook. It's just too bad that I don't have time.

Speaking of no time, my closet broke today and I do not have the time or the energy to fix it. Luckily it's the closet we keep all the coats in, my wedding dress, and other Things I Might Fit Into Someday. Having to move all the clothes around was the perfect excuse to try on some of the things, since I've been losing weight. And some of them actually fit! I have lost so much weight that even my too-small London Olympic T that I bought in London is almost not too small any more. It's a little scary. I have to use a belt to hold my pants up. The hilarious thing is that this makes me nervous. You know that movie where the girl says "I'm one stomach flu away from my ideal weight?" 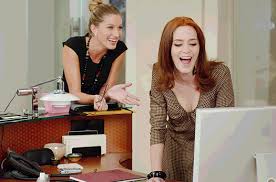 That was me most of my life hoping that some kind of illness would make me thin. And now that it's actually happening, I don't like it because now all my cute clothes look odd and baggy and I have to wear belts and I hate belts. They totally get in the way of everything and buckles poke you in the belly when you sit down because designers think they should all be huge. I think I'm going to go back to wrap dresses because they don't require belts and they look good with my new boots which no longer give me blisters.

These hikers in Provo Canyon are having a worse day than me. They were enjoying a leisurly hike and took a video of what they thought might be a black bear and then it stood up and looked like this.

OK, that's a really blurry still from the video, but if you watch the video, it is really freaky. So either it is fake and these guys are good actors, or something big and scary is living up in the hills where I used to hike when I was in college. So thank you, Bigfoot hikers, for reminding me to be grateful that I haven't gone hiking in Provo Canyon in years, and it will be a long, long time now before I go again, if ever, because I think we call all agree that although The Dog can take on Hello Kitty and/or babies and come out on top, she might not fare so well in an encounter with a Sasquatch.