Actually, it's an argument about who gets a Kindle Fire for Christmas. I'm not even sure why we are having this argument. The child that I thought would want a Kindle doesn't and the child that we have to beg to read does, but probably because she knows you can play games on it which is so not the point of why I would buy anyone a Kindle.

We had leftovers again for dinner and I think we're finally getting tired of them. Because Husband isn't here to eat everything. Normally, we make twice as much and have fewer leftovers. But this year, I am not eating much and Husband is in Afghanistan where they apparently have prime rib and lobster as well as turkey. But I promise my stuffing is better. Also my pumpkin pie is way, way better. I make an awesome pumpkin pie.

Now we are arguing about who will get Child 1's bedroom when she leaves for college. Why are we arguing about this when it's far, far away (OK not that far) and also, I don't want to think about it! I have told them, and told them not to grow up, but they won't listen. They insist on growing up and it makes me really sad. So to distract them, I turned on the train-wreck show and now they all look like this: 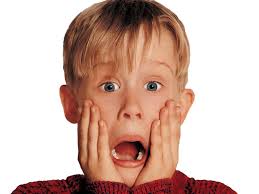 I love these nights where everyone is in my room watching bad TV together. Child 2 says it's a chance to get out our frustrations by yelling at the TV instead of each other. I'll take it.

This woman in Florida is having a worse day than me. 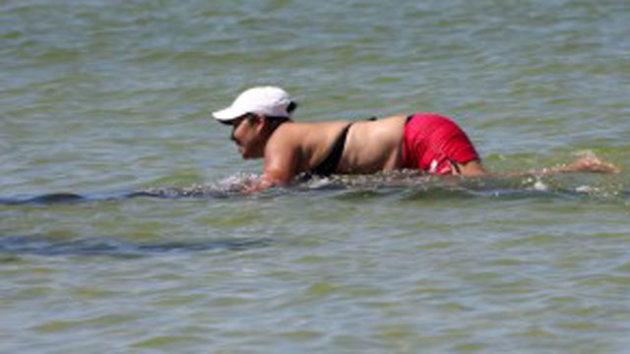 First, that is not a very flattering picture. Second, what you can't see that she's riding on is a manatee. Yes, that's correct. She saw an endangered species in the water and thought it would be a good idea to take a ride on it. So now she's been arrested for harassing an endangered animal. So thank you, crazy Manatee rider, for making me grateful that I only appreciate wild animals; I have no desire at all ever to ride one.