I went to court today, but it was a good thing. Apparently, in our state, in order for a teenager to get her official driver's license, she has to go to court with a parent and let the judge scare the bejeezus out of her, or just out of her parent. This also, apparently, doesn't work for every kid because despite all the cautionary tales from both the sheriff and the judge, they still have stories to tell about teenagers who go to jail for 30 days because they were doing 115 in a 45. I'm not sure how you even get up to 115 in a 45 mph zone, but also, the judge says there is nowhere in our county where the speed limit is greater than 55 mph, so what the heck was that kid thinking?! And why on earth did his parents buy him a BMW? Thank goodness Child 1 drives a Volvo and has a lot more sense. Also, I know she will never, ever do this. 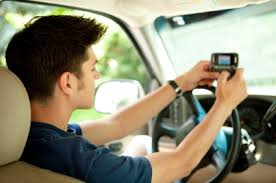 But anyway, I have a very responsible and respectful daughter who insisted on going home to change into nice clothes because she was appearing in court and thought she should be respectful and I am so proud of her for that. And she sat through the long lectures (they lectured at us for an hour) and now she has her permanent license which they gave directly to me because the point of this court appearance was to remind the kids and parents that the license is given with the permission of the parents and we can revoke that permission if we want. I don't want to and I'm certain I won't have to because, as I said before, Child 1 is very responsible and is not a super-rich teenage boy who drives a BMW, not that I'm stereotyping or anything. OK, I'm totally stereotyping but only because I also went to school with boys like that and some of them did not live to see graduation and sadly took their girlfriends with them.

I, myself, am a very responsible driver and have never ever been ticketed for anything, not even a parking violation. Husband, on the other hand, was the single handed reason for a huge rise in our insurance rates the year he got FOUR moving violations. Luckily, that was a long, long time ago, but it still makes me mad when he gives Child 1 bad driving advice and acts like I'm crazy for telling her to be cautious when I have never, ever hit another car (on the road--parking lots when I was a teenager don't count and I was driving a 10 passenger van and that old lady sort of ran into me) and I have also never been in a roll-over with my friends, either. Hmph.

But onto happier subjects. I'm also very proud of myself because I have about 45 minutes in between when I eat and when I start feeling poorly and today, I maximized that time and then some. I managed to do a load of laundry and fold a load and I did a load of dishes while I made dinner, so I was extra productive. Our house is a mess and Child 3 is the only one putting up the Christmas decorations, which means we will be finished decorating around March, but it's the best we can do, so it will have to do. Just nobody come to visit for a while because I will be too embarrassed to let you in the house. Unless you want to come help put up the decorations because that would be amazing.

But back to parking tickets, the owner of this car in Chicago is having a worse day than me. 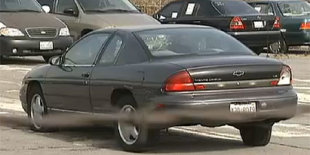 She says her ex-boyfriend registered the car in her name without her consent. Having been to the DMV several times and not been successful in even changing my address, I find that hard to believe. But whoever was driving it racked up $100,000 in parking tickets. Yep, you read that right--a hundred grand! And the car is only worth $600, so it seems especially cruel. Now she is stuck with the bill and her license is suspended while the state works out the issue. So thank you, bad parker, for reminding me to be grateful that Husband cleaned out the garage enough so that I can park in it and for making me feel pretty smart about always taking the metro into the city so I don't have to worry about parking or tickets. Take note, Child 1!