Bad Day 179--Are Godot and Verizon the same thing?

Our house phones have been broken for over a week, which means that no one can ever call to ask for favors, so that is good, but it also means that I can't reach the children unless one of them with a cell phone is home and that phone is on and is not on vibrate and they are near it, which basically means I can never reach the children. The phone is in Husband's name, so of course that meant that it was impossible for me to go online and request a repair service. So he arranged for someone to come on Thursday and they never showed. They did call us after we left for the airport and Husband told them to come on Saturday. Then we got a lovely e-mail from Verizon saying that someone would come on Saturday before 7pm. Yes, you read that right. They gave themselves a nice 11 hour window during which they could show up at any time which meant someone had to be at home all day and since Child 1 had tutor and other activities planned, that meant me.

So I spent the morning alternately napping and knitting and waiting and running one errand with my fingers crossed that they wouldn't come while I ran down the street to the jewelry store to get my bracelet repaired and for once they did what they normally do which is not ever show up and I made it back on time. They finally arrived at 4, which I'm sure in their minds is three hours early but meant I had spent 8 hours waiting around. And after 45 minutes of plugging things in and testing them, the repairman determined that the problem was that our phones were old and broken. So I bought new phones. They are fancy and have about a thousand features which I will never use, but now we at least have a dial tone. Remember the days when you could just plug in a phone and it worked immediately? And there were no buttons? Yeah, I know. You were born after 1980, so you have never even really "dialed" a phone and you never ever wished with all your heart that you could have a princess phone in your bedroom and to you a "princess phone" means a pink cell-phone with Disney princesses on it, not this. 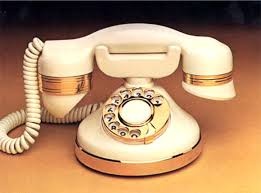 The Republican National Committee will be happy about our new phones because we are now best buddies or at least they think we are because they call me all the time. I bet I have a ton of messages from them and they must be worried because I haven't answered the phone in over a week. I'm going to start speaking Chinese next time they call and see what they do since telling them that I am voting for the Pirate Party hasn't worked. (Don't judge. It's a real political party in Germany.) They'll probably transfer me to a fluent Mandarin speaker or maybe a pirate. I speak fluent pirate. But with my luck, it will be a Chinese pirate and I will have to resort to saying "please place your left index finger on the red light" because I said that a million times on the visa line in China and it's about all I remember. OK, only 25,000 times, but still. Would Chinese pirates vote Republican? 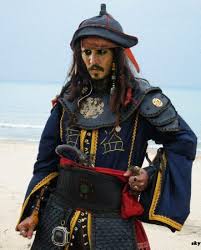 My friend "Sparrow" suggested that these people on a flight from Iceland are having a worse day than me because of this guy.

Apparently he drank all of his duty free liquor and then started punching his seatmate and screaming that the plane was going to crash. The passengers and flight attendants had enough so they taped him to his seat and taped his mouth shut. This appears to be completely legal and OK because when the flight landed at JFK, the passenger was taken to the hospital where he sobered up and was let go. So thank you, Mr. Drunk and Unruly, for reminding me to be glad that I'm not flying anywhere anytime soon and next time I do, I just may bring my roll of Hello Kitty duct tape with me. It might come in handy.