Today was a good day that went rapidly downhill after lunch. I got to work on time even though the trains were running really late. I was on a roll in the morning and got about 1/3 of the way through the paper I'm working on. Then at lunch, our former CG from Shanghai sat with me and complimented me on my necklace which is the same one that Rosalynn Carter said she liked when she saw me wearing it. 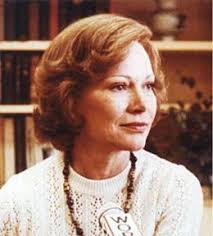 I had a thought as I was eating lunch that the rice with my kebab was way too delicious by itself and it just might have had pasta in it. But it had a lot of sauce on it and it was hard to tell and I thought, nah. So I ate it anyway. And then an hour later the pain started. And then by 3 pm I was sobbing at my desk uncontrollably and then I thought, maybe my purple days were partly because of my reaction to wheat because there have been a lot fewer of them since I stopped eating it. So now, I'm curious. I still feel down, but I had a milkshake for dinner and I'm going to bed early and hopefully, tomorrow when I am really scrupulous about eating only gluten-free things I will have a better day. Also, Husband could call me and tell me he's got tickets for Spring Break and that would help, too. And the children could all do their homework and finish the dishes, and then again I could also win the lottery without ever having purchased a ticket. A girl can dream, though.

Brunost lovers in Norway are having a worse day than me.

For those of you who have never lived in Norway, brunost is a kind of goat cheese that turns brown when it is aged and looks like caramel, tastes tangy and has the consistency of waxy cheddar. It is not my favorite cheese and I wasn't so fond of it in Norway that I've ever purchased it since. Also, I've never seen it in America. But it is extremely popular in Norway and people love it and also apparently it burns really, really well. So well, in fact, that a truck transporting a cargo full of it caught fire in a tunnel and the fire burned for six days. The tunnel will be closed for weeks, which is not a good thing for a very mountainous country with few roads and lots and lots of snow. So thank you, Norwegian cheese heads, for reminding me to be grateful that I'm not waiting around for my shipment of brunost that has burned up on the highway and to be thankful that my caramel milkshake was a lot more delicious than a brunost open-faced sandwich with jam which I was served a lot of in Norway and now I wonder if one of the reasons my hair turned brown and then fell out is because all the time I was eating a ton of wheat. And chocolate. Man, I miss Norwegian chocolate!