The problem with having smart children is that they remember things and the problem with blogging daily is that they have evidence to back them up. Child 1 told me that I wrote something in my blog and there it was in black and white and I can't take it back, but I can change my mind, so just because I said it doesn't mean that I really meant it (to paraphrase Adele.)

Tonight, Child 1 diligently studied Algebra while Child 2, Child 3 and I went to a pot luck with friends in the Foreign Service. This time we invited a couple of people who weren't foreign service and they were astonished at the quality of food at the pot luck. And I have to say, when the foreign service does a pot luck, they do it right and there is usually a ton of delicious and relatively healthy food. One of the uninitiated said "I've never seen chicken curry at a pot luck before!" The first time I ever went to a pot luck overseas I made the mistake of bringing jell-o. I never made that mistake again although a couple of times I have done it on purpose to make sure there is something that children will like. I actually overheard someone say that they didn't know anyone actually ate jell-o and they always thought it was a kind of joke. I happen to like jell-o, especially now that most desserts are off limits to me, and I fully intend to keep making it, but not to take to pot lucks anymore. 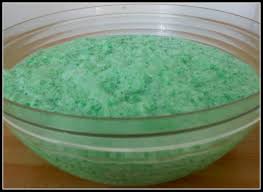 This time I brought my favorite salad with pears and cranberries and poppy seed dressing. Tonight I made it with goat cheese instead of blue cheese and I think I like that even better. But the problem with pot lucks now is that I can't eat anything so they are not nearly as fun, although the company was great and it's nice to be in a room of people who know how hard it is to move teenagers from one place to another and who can feel my pain about bidding. (Btw, in case you were wondering, Husband still does not have an onward assignment. So much for equity coming out of a PRT. Honestly!) And also, I can say things like FPU, or EUR, or INL, or EAP, or PPT and people know what I'm talking about. Also, AIP and PRT which have become very important acronyms in my life although I never wanted them to (AIP=Afghanistan, Iraq, Pakistan. PRT=Provincial Reconstruction Team. You'll just have to guess about the rest because I'm too tired to explain.)

We are now watching Star Trek V and Child 1 is debating about whether someone is Romulan or Vulcan and I couldn't be prouder. Also, she fed me a white chocolate Magnum bar which is probably the most delicious thing I am allowed to eat. Yum.

This news crew in Florida is having a worse day than me. They launched a camera drone to film the demolition of a local building when something went wrong with it, so the cameraman brought the drone down to inspect it and discovered that it was being attacked by a huge swarm of bees. 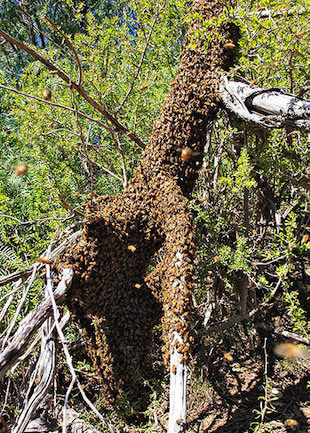 I honestly can't imagine anything more scary. I hate bees. I'm allergic to them and I live in terror of being stung. Child 3 got stung nine times once by yellow-jackets and I ran into the swarm to save her and I didn't get stung once, which was a miracle. I was certain either she or I would die, but she was fine about an hour later and I thought, oh, that's what it's like for someone who isn't allergic! But anyway, the news crew escaped most of the stings by diving into their van and SUV, although apparently some of the bees followed them into the car. So thank you, CBS12 news team, for making me grateful that it is winter where I am and the bees are all sleeping. There is a nest outside the Children's windows, but I am not going to do anything about it until the weather is warmer and then I will hire someone to remove it so I can stay safely inside the house. Away from the bees. Of any kind. Excuse me while I go shiver with the willies.