I have caught a cold. Child 3's cold to be exact. I washed my hands diligently for days but that apparently did not work and also the not being able to sleep did not help. So this will be a short post so I can go to bed.

To all the children out there who read this blog, here are some surefire ways to annoy your parents who have been nice enough to take you out to dinner at a restaurant to make up for the fact that they missed your play because it was at 1 pm in the middle of a work day. 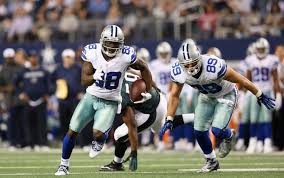 Alright, number 2 was kind of funny but the poking and the whining were not. And don't get me started on the Patriots.

This boy in Spain is having a worse day than me. He has apparently been doing pretty poorly in school and his teacher called his parents in for a conference. Instead of facing up to the trouble, he did what any 11 year old child of a policeman would do and faked his own kidnapping. He sent his parents a text saying he was in the trunk of a car. However, his policeman father noticed that the keys to a spare apartment they owned were missing and they discovered the boy there who fessed up to the whole thing. And his parents still went to talk to the teacher and I'm pretty sure there was more punishment besides just that. So thank you, Spanish 5th grader, for reminding me to be grateful that no teacher will ever call my parents and get me in trouble ever again. I went through my share of that and now it's my turn to get the phone calls from teachers. I promise, children, I will never yell at you when your teacher calls. But if you fake your own kidnapping, there will be lots, and lots of yelling.
Posted by Jen at 8:40 PM